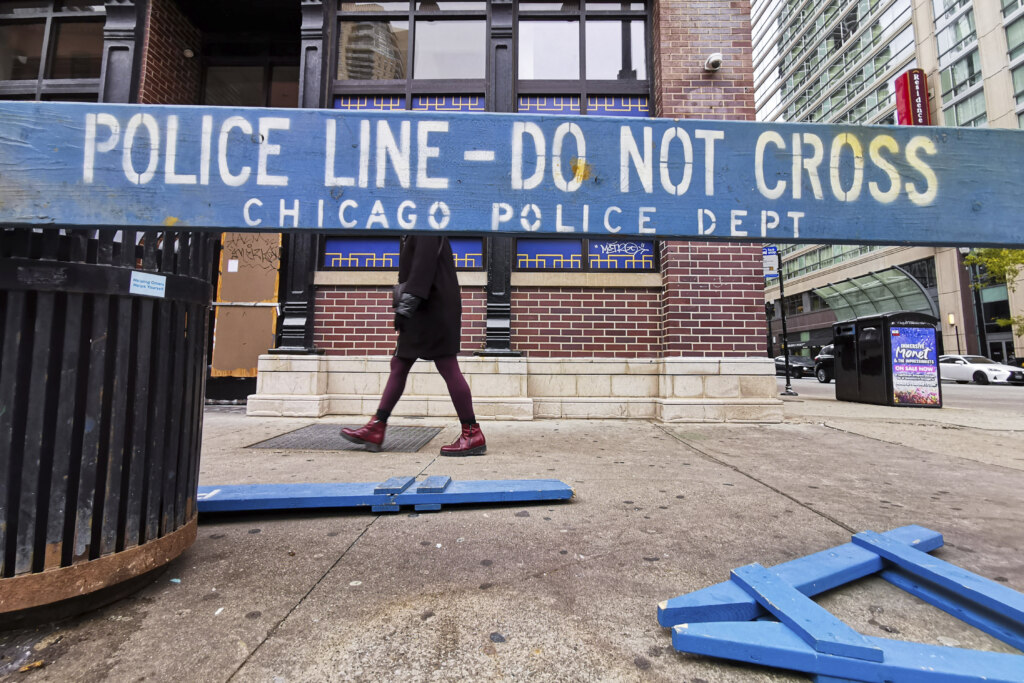 
The omnibus criminal justice reform bill became highly politicized in the November elections, mixing fact and fiction. There are problems with the bill, but state lawmakers can fix them before the SAFE-T Act takes effect in January.

The SAFE-T Act has been the source of plenty of controversy during the 2022 election cycle, becoming a favorite campaign issue for those skeptical of criminal justice reform broadly and no-cash bail in particular. Criminal justice reform advocates pushed back, labeling attacks on the bill as cynical fearmongering.

So who is right? While some states have moved towards eliminating cash bail, Illinois will be the first state to totally eliminate it statewide. The SAFE-T Act is a flawed piece of legislation that was rushed through the Illinois General Assembly without proper debate. As a result, the language is confusing and sometimes contradictory. Those issues should be fixed before the bill takes effect in January.

The omnibus bill made sweeping changes to how criminal justice operates in Illinois, aside from it all but eliminating cash bail. The law revises police use of force standards and procedures, reforms complaints and misconduct proceedings for police officers, amends the police officer certification and decertification process, and amends both pretrial and correctional proceedings. Here is a summary of some of the changes to the law beyond cashless bail:

The SAFE-T Act implements several reforms to how policing is done in the state and how police officers are held accountable for misconduct. The law:

Contrary to popular belief, the purpose of cash bail is not to detain dangerous suspects but to ensure they show up for court, even if holding people for bail will incidentally prevent defendants from committing additional crimes if they cannot afford to pay. However, pretrial detention with or without bail can have additional harms including an increased likelihood of recidivism, so that must be weighed against any immediate threat to public safety.

The elimination of cash bail and the amendments to the corresponding pretrial detention provisions is where the SAFE-T Act proves most controversial, and with good reason. Pretrial detention replaces bail to prevent the defendant from fleeing prosecution but also serves to protect the public from the threat posed by dangerous defendants.

But the SAFE-T Act sets multiple standards for pretrial detention layered one on the other. These provisions will make it difficult for prosecutors when petitioning to detain defendants that pose a threat to the public.

How does the current law work?

Arrest: Under current law, all arrested persons, regardless of offense, are to be taken without unnecessary delay to the nearest judge in the county. The SAFE-T Act changes this by limiting this procedure to solely offenses detainable under Section 110-6.1. This effectively lifts the mandate on arrests being made for purely non-detainable offenses, meaning police officers may release criminals committing Class A misdemeanors (i.e., simple battery, theft) without appearing before a judge for a bail or pretrial release hearing. Rather, these offenders would be issued a summons to appear within 21 days.

Initial appearance in court: Under the current law, the judge, among other things, determines the bail amount needed for the defendant to go free until trial.

Release on recognizance: Under the current law, the court has the right to release the defendant on their own recognizance, meaning no bail, given three conditions:

Monetary bail is only to be set if no other conditions of release will reasonably assure the defendant’s appearance in court, presuming they pose no danger to any person or the community and comply with all conditions of bond. The state has the right to appeal any order of release on personal recognizance.

Pretrial release/bail: The current law states all persons are bailable with certain exceptions such as capital offenses, offenses that may warrant life imprisonment, felony offenses requiring imprisonment, and certain cases in which the defendant poses a real and present threat to the physical safety of anyone.

How does the SAFE-T Act change things?

Much of the confusion around the SAFE-T Act comes from the fact it imposes multiple layers of standards for pretrial detention contained in three separate subsections of the pretrial release section of existing law. That makes it complicated to determine when a crime will or will not be eligible for detention. Furthermore, it requires prosecutors to prove a defendant poses a threat to a specific, identifiable person to deny pre-trial release. New Jersey, the only other state that has come close to successfully eliminating cash bail statewide, does not place these stringent layers of standards on prosecutors:

Standard 1: Release on recognizance – Under the SAFE-T Act, detention can only be imposed if the defendant poses a specific, real and present threat to a person or has a high likelihood of willful flight.

The phrase “specific, real and present threat” is not defined, and there is no case law that interprets the meaning of the phrase, though “real and present threat” is a standard used in jurisdictions outside of Illinois. However, 725 ILCS 5/110-6.1(g) lists factors to be considered in making such a determination. These include the nature of the offense, the history of the defendant, the identity of threatened persons, statements attributed to the defendant, age and physical condition of the defendant and the victim or complaining witness, whether the defendant has access to a weapon, whether the defendant was on probation, and any factors deemed by the court to have reasonable bearing on the defendant’s propensity for violence.

Standard 2: Detainable offenses – A court may only deny a defendant pretrial release if the defendant fulfills one of six categories of offenses and meets the corresponding standard of threat to people or possibly community, or the defendant has committed any felony that is not a Class 4 felony – the lowest category of felony that includes drug and property crimes but also includes certain categories of aggravated assault – and has a high likelihood of willful flight to avoid prosecution.

Standard 3: Petition to deny pretrial release – the state has the burden of proving by clear and convincing evidence that (1) there is proof or great presumption that the defendant committed one of the qualifying offenses, (2) the defendant poses a threat to a specific, identifiable person, and (3) no conditions on release can mitigate that threat or the defendant’s willful flight.

The second item appears to require disclosure of particular witnesses, victims or potential victims in order to deny pre-trial release. This is not the case in the only other state to nearly eliminate bail statewide.

New Jersey has a single standard for denying pretrial release: a defendant should be released if “the court finds that the release would reasonably assure the eligible defendant’s appearance in court when required, the protection of the safety of any other person or the community, and that the eligible defendant will not obstruct or attempt to obstruct the criminal justice process.”

This standard does not impose the several conflicting layers of standards the SAFE-T Act imposes, nor does it place the burden on prosecutors to demonstrate the defendant poses a threat to a specific, identifiable person as opposed to a general threat to the community.

But because Illinois gutted and replaced the bill with a 764-page amendment on the same day it passed, lawmakers could not know what they were voting for. Meanwhile over half of the 102 Illinois state’s attorneys have filed lawsuits over the SAFE-T Act, alleging among other issues that the statute is unconstitutionally vague.

Illinois should take a note from New Jersey, where bail reform seems to be working better than in other states that have attempted it. The standards for detaining defendants need to be clearly defined, and they must be designed to protect the general public.

Cash bail and pretrial detention together impose an often unfair burden on poor defendants while allowing wealthy offenders to go free. Establishing a risk assessment system that mitigates that unfairness is a noble goal. But any such system must be clear and must balance the interests of the defendant with the risk to public safety. While criminal justice reformers have been quick to celebrate the SAFE-T Act, the law was rushed through the legislative process. Some of the most important provisions when eliminating cash bail – those regarding pre-trial detention – have placed several confusing standards for prosecutors to meet to protect public safety.

Perhaps more importantly, these provisions require that the prosecution identify the threat posed to a specific identifiable person or persons, rather than to the general public, for a defendant to be denied pretrial release. This standard is higher than that of New Jersey, the only other state to come close to eliminating cash bail without having to roll back its reforms. Illinois needs to look to New Jersey’s example and clean up the flaws in the SAFE-T Act before it takes effect in January. 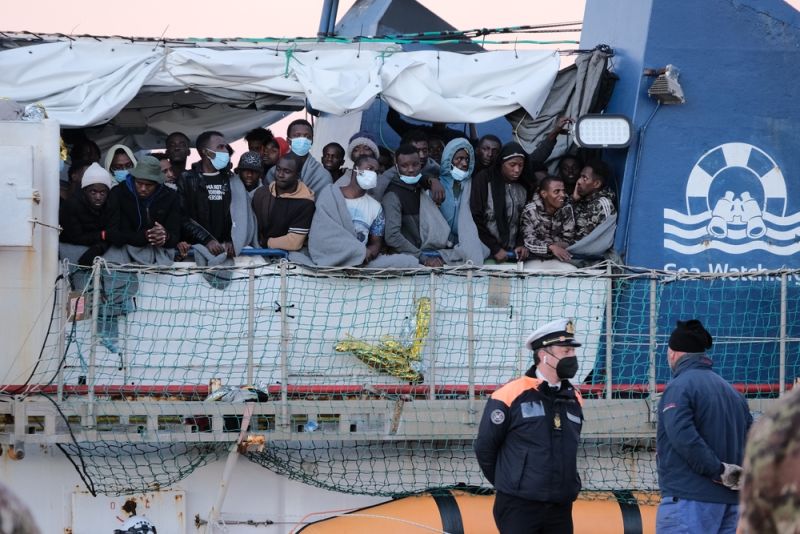