The social spending bill approved by the House Friday in a 220-213 vote includes the most extensive immigration reform package reviewed by Congress in 35 years, albeit in a much reduced version from what proponents originally sought.

If the provision is approved by the Senate as-is, the immigration measure in the bill would allow undocumented people present in the U.S. since before 2011 up to 10 years of work authorization, falling short of an initial goal to offer them a pathway to citizenship.

The provision approved by the House offers a sort of waiver to immigration laws, using a process known as parole to allow people to stay in the country for five years with the option to extend for another five years thereafter.

About 6.5 million people would stand to benefit from the measure directly, according to an analysis by the Congressional Budget Office (CBO).

According to that analysis, about 3 million of those people would become eligible to springboard from the parole status to legal permanent residency, the first step toward citizenship.

“The CHC urges the Senate to protect the work-permits and protections and we are hopeful they will use the Senate rules to build upon them and create an earned pathway to citizenship to further improve our nation’s economy,” added Ruiz.

Still, the immigration provisions fall short of Democrats’ initial goal of providing a pathway to citizenship for an estimated 11 million undocumented people living in the U.S.

“While that is absolutely inadequate, we have to get that across the goal line. We have to. That would provide the ability for so many of these incredible people to be able to get to work every day without fear of retaliation, and to be able to live without fear of deportation. And in fact, for millions of them it would allow them the important step towards stabilizing their situation,” she told reporters Thursday.

“And hopefully at some point, getting them fully protected through a pathway to citizenship. It buys Congress more time, so that we can fulfill our obligation and ensure that we give them the path to citizenship that they deserve.”

The bill also includes visa recapture, preventing the loss of some 222,000 unused family-based visas and 157,000 employment-based visas that otherwise expired at the end of last fiscal year. The move will help retain immigration pathways for those abroad who often wait years to immigrate to the U.S.

Joe BidenPublicist ‘not associated’ with Kanye West at time of election incident: spokesperson Trump teases 2024 run during Orlando event with O’Reilly Facebook exec says ‘people,’ not platform, to blame for vaccine misinformation MORE‘s signature legislative package, as Democrats have publicly quarreled about the top-line pricing of the bill.

The immigration provisions, while a relatively small line item within the larger bill, are expected to raise deficits by around $111 billion over the next decade, according to the CBO analysis.

While the immigration debate was a minor issue through negotiations for the Build Back Better bill, as the spending proposal is known, it pitted Democrats and immigration advocates against each other behind closed doors.

Advocates often called out Democrats for showing a lack of interest in an issue that’s personal for millions of U.S. citizens and foreign nationals in the country.

At the center of that friction was the debate over whether Democrats should push for a path to citizenship in the bill, or settle for parole — only a temporary respite from immigration enforcement for millions of immigrants.

The three later campaigned to include permanent residency rather than parole in the bill, but those efforts faltered as the CHC failed to coalesce behind their cause.

“This is a good first step forward that allows our constituents to breathe. This historic legislation includes work authorizations and protection from deportation for more than 7 million individuals,” said the three lawmakers in a joint statement after the bill’s passage.

“Make no mistake, while this is the most transformational policy our communities have seen in over three decades, much work remains in our efforts to ensure a pathway to citizenship,” they added.

The core issue that protracted itself over weeks — and remains unresolved — was the Senate parliamentarian’s advisory opinion on what could and could not be included in a reconciliation bill, which is limited to budgetary line items.

The House-passed bill will now go to the Senate under reconciliation rules in an effort to sidestep a Republican filibuster and pass the package with only Democratic support.

The parliamentarian, an unelected official who provides counsel on Senate rules, advised the first two Democratic immigration proposals were incompatible with reconciliation, warning they went beyond a budgetary impact and represented a substantial change in policy.

Those two proposals would have granted the possibility of legal permanent residency, also known as green cards, to millions of foreign nationals, including undocumented immigrants.

The first proposal was innovative in that it made green cards available to specific groups of undocumented immigrants and other foreign nationals, in this case so-called Dreamers, beneficiaries of the temporary protected status program, essential workers and agricultural workers.

The second proposal nixed by the parliamentarian revived a provision of immigration law that’s been dormant since the Reagan administration, which allows Congress to change the registry date prohibiting certain immigrants from adjusting their status, essentially enacting a statute of limitations for long-tenured immigrants.

The parliamentarian’s ruling against that proposal stunned the five Senate Democrats who led the way on immigration — Sens. Dick Durbin

A third proposal — the parole option included in the House bill — has yet to be presented to the parliamentarian.

Menéndez on Friday celebrated House passage of the bill, saing “it provides long-overdue legal protections for millions of undocumented immigrants that kept the country afloat during the pandemic.”

“Now, the Senate will continue to fight for the broadest immigration relief possible. We cannot fully build back better without protecting the dignity of millions of people who are critical to our long-term economic recovery. This is their home, and it is time for the Senate to help them fulfill their American dream,” added Menéndez.

Grassroots groups and García, Espaillat and Correa explicitly called for the House to send the registry proposal to the Senate, giving the five Senate Democrats a stronger negotiating position, but that view was overruled by Democratic leaders and advocacy groups closer to party politics.

While the House version’s loophole could quell some of the tensions between Democrats and grassroots immigration advocates, a reversal from the parliamentarian could quickly reignite those flames. 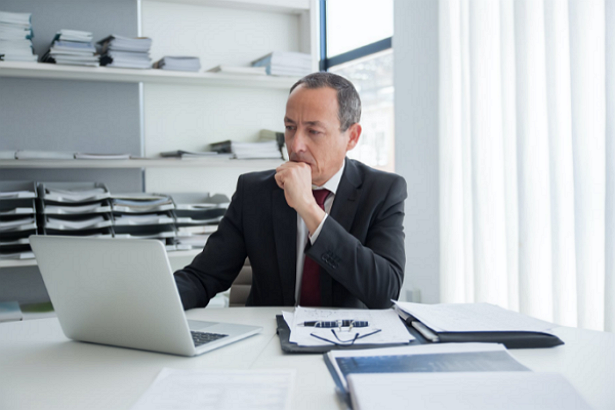