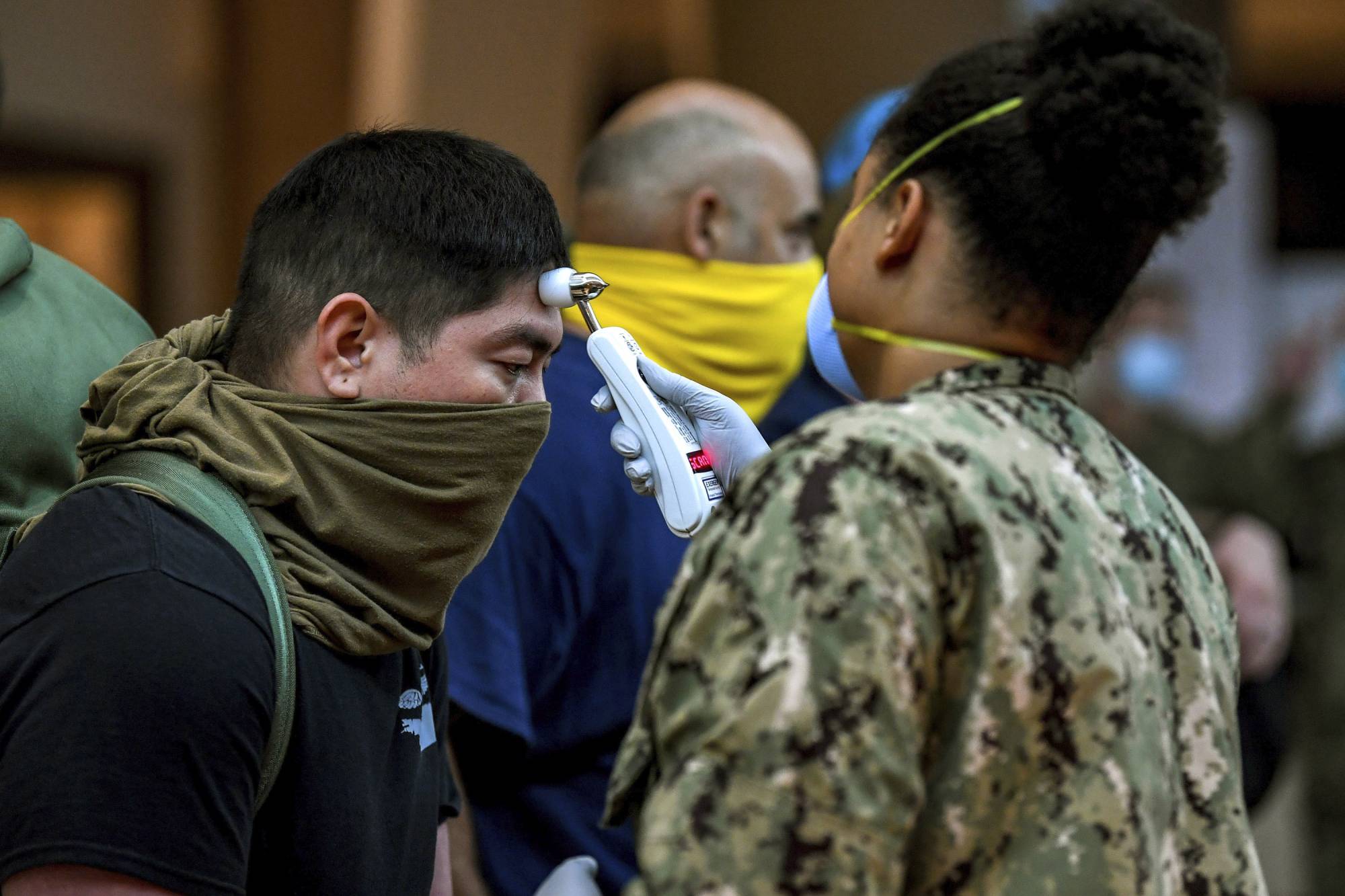 The Navy is taking a strict approach to enforcing full vaccination of service members and civilian employees – one factor that’s led to a 99.5% vaccination rate among active duty troops. But the service is taking a very different approach with its largest shipbuilding contractor and its tens of thousands of employees.

Huntington Ingalls Industries (HII) announced last week that it was suspending the vaccination requirement for its shipbuilding divisions because it is not contractually obligated to implement the mandate. That decision came after the Navy determined it would choose not to modify its contracts with the company to implement the federal government’s vaccination mandate for contractors.

Navy officials said they decided not to modify its contracts with HII, because under the vaccination mandate, contracts deemed to be for “products” don’t strictly require it. However, President Biden’s executive order and the Safer Federal Workforce Task Force’s guidance strongly encourage it for all contracts, including those for products.

The decision would also trickle down to HII’s subcontractors as well.

HII and other defense companies have been concerned that requiring employees to get vaccinated might lead to attrition in the workforce.

“We have not wanted to lose a single employee to the virus, or to the effect of the mandate,” HII President and CEO Mike Petters wrote in a memo to the company’s 44,000 employees on Nov. 16, suspending the obligation for the vaccine. “Our customer has confirmed that our contracts do not include a requirement to implement the mandate.”

The memo goes on to say HII strongly urges all employees to get vaccinated, and that it may choose to implement other measures to improve workforce vaccination rates.

Jennifer Boykin, HII executive vice president and president of Newport News Shipbuilding, later wrote, “This recent information [regarding contractual obligation] is different from what we understood to be the government’s and the Navy’s intent. As a result of what we know today, some of the related mandate policies and processes will now change.”

The new company policy does not require employees or subcontractors to be vaccinated and allows employees who retired or resigned as a result of the mandate to reverse their decision.

The Navy said it would not comment directly on the company’s internal memos.

“We can say the Department of the Navy continues to work with our industrial base to modify covered contracts to comply with White House and DoD guidance on contractor vaccinations,” Capt. Clay Doss, a Navy spokesman, told Federal News Network.

The governmentwide policy regarding the vaccine mandate requires that all covered federal contractors have their second shot by Jan. 4 in order to be fully vaccinated by Jan. 18. However, that policy only applies to service and construction contracts, not supply and procurement agreements. Without modifying those contracts, the mandate does not apply to them.

“The supposed reason for going easy on defense contractors is that they are vital, but lots of federal contractors are vital. The Centers for Disease Control and Prevention uses federal contracting,” Charles Tiefer, professor of government contracting law at the University of Baltimore said. “It is unprecedented in federal government contract law to not condition contracts on compliance with major federal policy.  The Navy is going wink, wink, wink with HII in saying they will not make them live by the policy for every other contractor.”

And some other agencies have had no trouble applying the mandate to contracts for products. The General Services Administration, for example, decided to apply the mandate to all contracts under its Schedules program, both for products and services. After being told they’d be ineligible for new orders unless they agreed to the contract modification, 95% of the 12,000 schedule holders did so by GSA’s deadline.

Other internal HII memos provided to Federal News Network show the company was enforcing the federal mandate before it heard from the Navy.

“It will be a requirement of our contracts for all employees and contractors to be fully vaccinated against COVID-19 by Dec. 8,” Chris Kastner, HII executive vice president and COO wrote to employees before the deadline was changed to Jan. 18. “We recognize that this is a significant new requirement of each of us as individuals, and of all of us as one team.”

A handful of defense corporation leaders said they were concerned about losing employees because of the mandate, including Raytheon Technologies CEO Greg Hayes and Northop Grumman chief Kathy Warden.

Petters said during HII’s Nov. 5 earnings call that 75% of its workforce is currently vaccinated.

“We’re working with our customers on all of our contracts to figure out how best to implement that executive order… and we’re doing that across the board,” he said. “Our ambition is to get as many of our employees vaccinated as we possibly can because we are committed to a safe workplace, and we think that’s the best way to do it.”

A few lawmakers whose districts rely on shipbuilding wrote a letter to President Joe Biden about attrition concerns from the mandate.

“Though many contract workers have opted to receive vaccination, many have not, and the reasons are abundant,” Reps. Mike Rogers (R-Ala.) and Rob Wittman (R-Va.) wrote. “We will lose critical experience in skilled labor. We will lose opportunities for mentorship and on-the-job training from veteran craftsmen. In the long-term, we will miss quality control standards. We will face endemic cost overruns and rework as decades of lessons are not passed to the next generation.”

Multiple polls show majority support for COVID-19 mandates at private firms of over 100 people. The government also had success in mandating its workers. About 95% percent of federal employees got the vaccine by the deadline, and the active duty military is seeing similar, if not better numbers, even though not all of the deadlines have passed.

Meanwhile, there are several pending challenges to the White House vaccine mandate going through courts, that could derail the executive order. 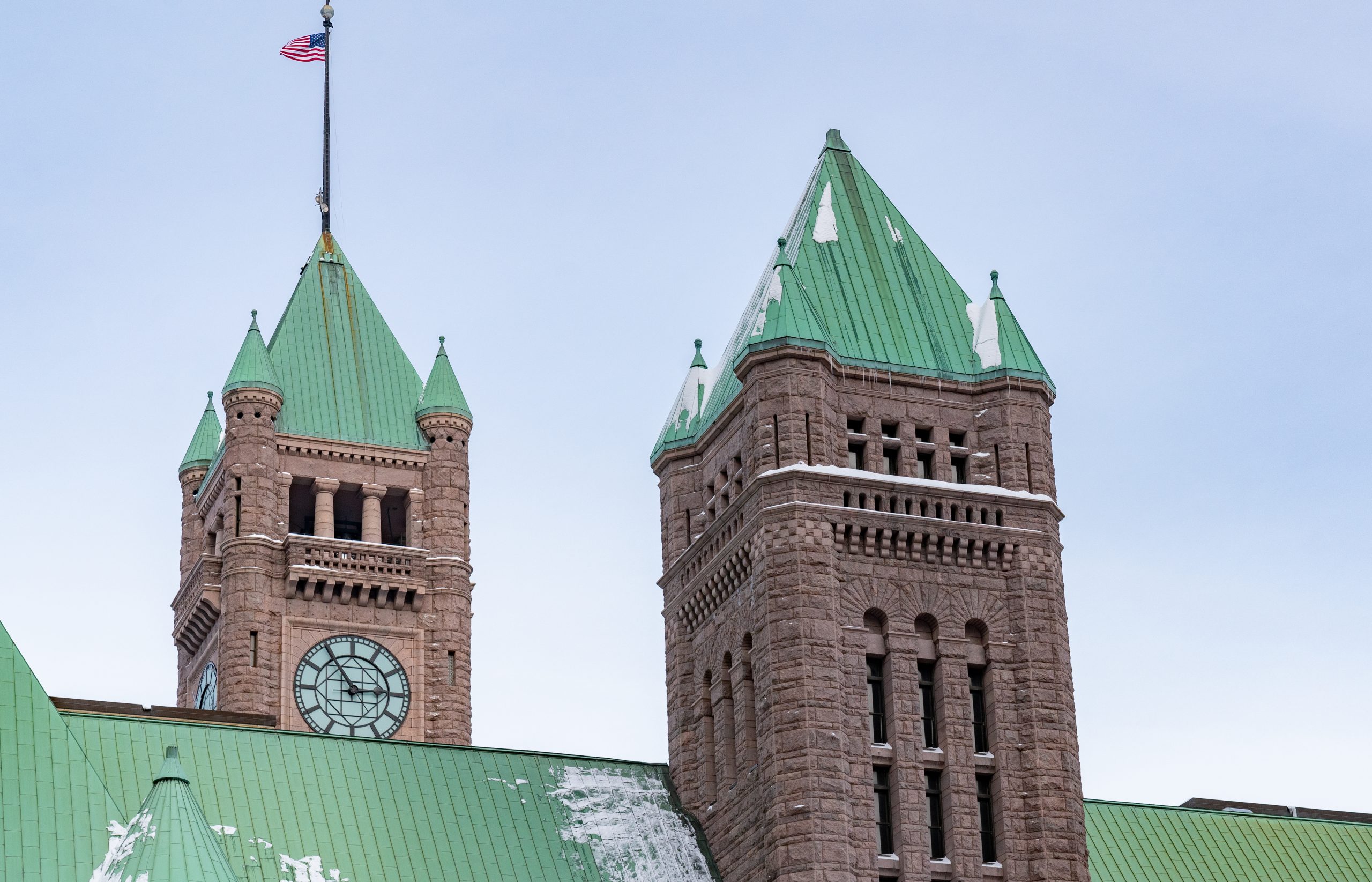