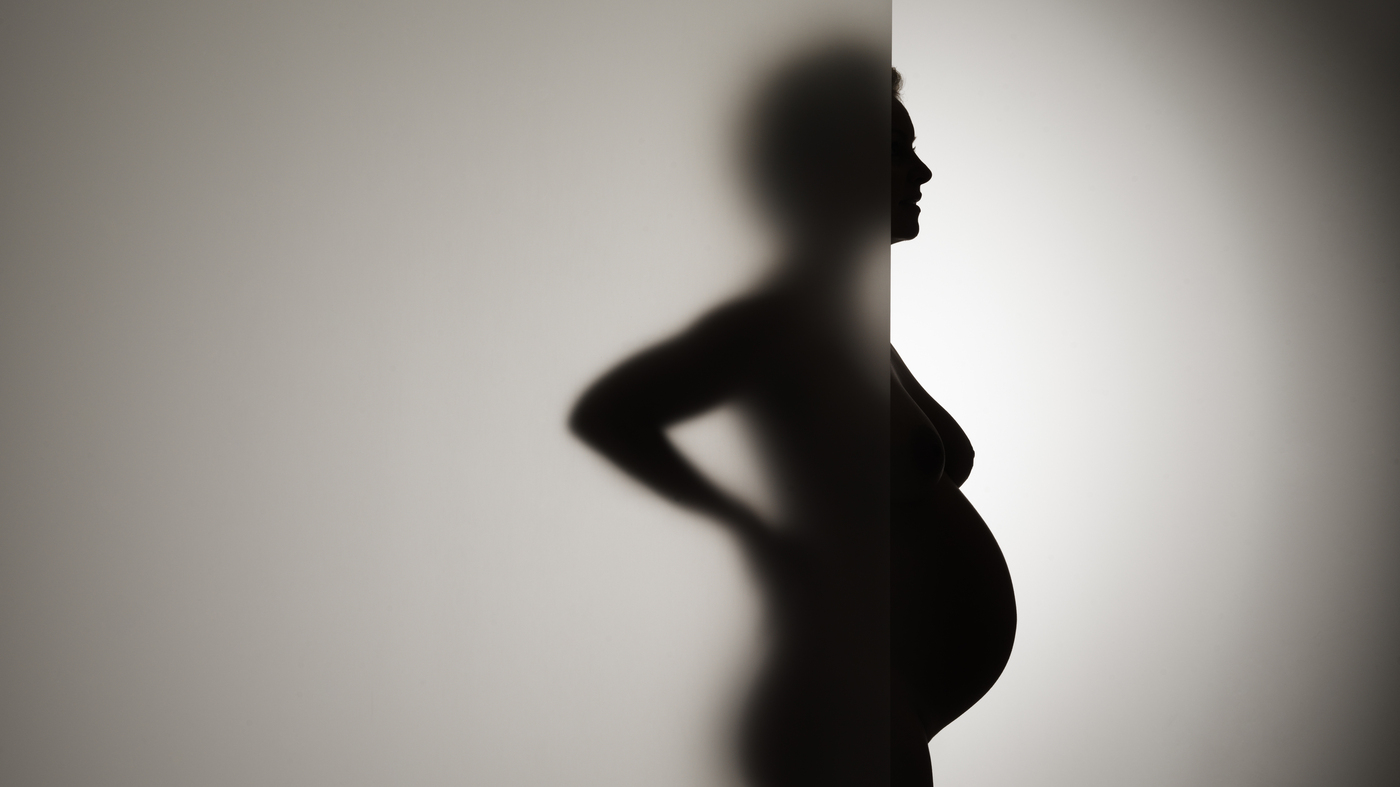 Chelsea Becker spent 16 months in a California jail awaiting a murder trial after her pregnancy ended in a stillbirth. “I was prepared to just stay at least for the next 15 years in prison,” she told NPR.

Becker’s 2019 arrest drew national attention. With the backdrop of the Supreme Court blocking a Louisiana law that would shutter nearly all abortion clinics in that state, advocates warned that Becker’s arrest would empower more prosecutions for pregnancy outcomes.

In less than three years, a radically reconstituted Supreme Court ruled again on an anti-abortion law — this time using a Mississippi law to abolish federally protected abortion rights. And advocates, again, warn that pregnant people will be prosecuted for pregnancy loss — including miscarriages and stillbirths.

“What we have seen in cases where we have provided legal defense, mothers who experience a stillbirth or a miscarriage are blamed for that loss,” Dana Sussman, the acting executive director of the National Advocates for Pregnant Women (NAPW), tells NPR.

“Because of behavior or exposure of an alleged risk of harm to the fetus, they are then blamed for causes the pregnancy loss,” Sussman says.

Prosecuting pregnancy loss is not new

Prosecuting pregnancy loss has been a quiet, but upward trend across the nation — to such an extent that organizations like the NAPW have emerged to provide legal defense for people who have been charged due to their pregnancy outcomes. That is how Sussman’s organization came to represent Becker.

In 2013, NAPW partnered with Fordham University to track the arrests and prosecutions of pregnancies. They found just over 400 cases where pregnancy, including pregnancy loss, was used in a criminal investigation or prosecution from the time Roe v. Wade was decided in 1973 until 2005. But from 2006-2020, that number nearly quadrupled. While this research is ongoing, Sussman suspects 200-300 cases in this range will involve pregnancy loss.

There is one striking detail that stands out for legal experts: States are using laws to target pregnant people that were originally used to protect them.

At least 38 states have laws that makes it a crime to harm a fetus, according to the National Conference of State Legislatures. Legal experts say that these laws were originally intended to stop violence against pregnant people.

These so-called “fetal harm” laws enhance penalties for crimes against a pregnant person. By treating a fetus as a separate crime victim, these laws recognize crimes against pregnant people as two separate crimes. But, in practice, they have been used to investigate and prosecute different forms of pregnancy loss, including miscarriages, stillbirths and self-induced abortions.

Fetal personhood, anti-abortionist’s argument that the fetus deserves the full rights and protections as people, are at the heart of these fetal harm laws and other traditional murder laws being applied to pregnant people.

Applying these laws in this manner criminalizes a pregnant person’s behavior during the course of their pregnancy. And now that federal abortion protections have been abrogated, more people can be at risk of criminal charges for what they do — or don’t do — while pregnant.

In Becker’s case, the prosecution attributed her stillbirth to her use of methamphetamine during pregnancy. She admittedly struggled with addiction during pregnancy. Although, California’s primary murder law makes it a crime to kill a fetus in many circumstances, mothers are explicitly exempted from prosecution.

Nevertheless, the state argued that what Becker did during her pregnancy caused her stillbirth. This line of reasoning is widely rejected in the medical field.

“There is no biological basis for that opinion, specifically with methamphetamine,” says Dr. Harvey Kliman, the director of the Reproductive and Placental Research Unit at Yale School of Medicine.

Kliman attributes prosecutions of pregnancy outcomes based on drug use to a misunderstanding about pregnancy.

“One has to have something called biological plausibility,” he says. “And methamphetamine has no biological pathway to lead to the end of a pregnancy. It just doesn’t.”

He says that pregnancy outcomes are determined by the health of the placenta, and there are no mechanisms for meth to harm the placenta.

Twenty percent of pregnancies in the U.S. end in a loss, according to Kliman, who has worked as an expert witness with NAPW on several cases. He says over 90% of these losses are caused by genetic abnormalities, which are often undiagnosed.

Sussman adds that, though the science does not support it, data shows that drug use makes up the most prosecuted pregnancy losses. But Kliman says that’s because prosecutors and pathologists misinterpret drug use as a causation, instead of a mere association.

Still, people using illicit drugs are not the only ones at risk of criminal charges for pregnancy outcomes. Sussman adds that she has worked with people who have been prosecuted for prescription medication such as legal medical marijuana, painkillers for preexisting conditions, or Adderall, which is medication commonly used to treat ADHD.

“We’ve had cases where a woman has fallen down a flight of stairs while light-headed during pregnancy and charged with attempted feticide because they suspected she did it on purpose,” Sussman adds.

Yveka Pierre is the senior litigation counsel at If/When/How, a reproductive justice nonprofit that in part provides legal defense for people charged with crimes stemming from pregnancies.

Pierre points to the case of Marshae Jones, an Alabama woman who was indicted for manslaughter in 2019 after being shot in the stomach while five months pregnant. Police said Jones started the fight that led to the shooting and failed to remove herself from harm’s way. But the district attorney later dropped the charge after a groundswell of national support.

“When someone wants to punish a group of people, they will get very creative in the ways that they try to effectuate a punishment,” Pierre tells NPR. Experts agree that confusion around what actions or inactions are punishable creates untenable legal ground for pregnant people.

Pierre says that before abortion rights were overturned in the Dobbs v. Jackson Women’s Health Organization decision last month if prosecutors could not charge someone for an abortion, they would charge them with murder. “But it’s a murder case that’s kind of imbued in the stigma of abortion,” she adds.

Prosecuting losses in the Dobbs era

Pregnancy loss prosecutions were already rising under the protections of Roe, Sussman says. Now that the Supreme Court has stripped away the constitutional right to abortion, legal experts expect that prosecutions may continue to increase.

“Without Roe and Casey pushing back the line on fetal person, we are about to see the full re-imagination of criminal and civil codes in this country in the states that have already redefined fetuses and fertilized eggs and embryos as children or as human beings,” Sussman says. “Our data shows 1,700 cases [involving pregnancy loss] since 1973 and a rapid acceleration in the past 15 years.”

Pierre agrees that the Dobbs decision could portend more criminal charges for pregnancy outcomes, but she stresses that there are resources to help.

“I want folks to understand that just because someone is being prosecuted does not mean that the law actually supports that prosecution,” Pierre says, as she points to state constitutions and case law that can work in defense. She also points to organizations like hers which help highlight the various laws surrounding pregnancies.

But even if a person is able to obtain a lawyer and mount a successful defense, it may already be too late.

By the time NAPW successfully convinced a California judge to dismiss the murder charge against Becker, the penal system already owned 16 months of her life. But there are other costs associated with battling the criminal legal system.

The criminalization — and the participation of medical providers in the investigation — of pregnancy loss may dissuade people from seeking medical care. That leads to worse outcomes for pregnant people, mothers and babies, experts say. Sussman points to Tennessee’s 2014 fetal assault law, which was allowed to expire two years later. Medical officials have warned that this law discouraged women from being forthcoming about their pregnancies.

Becker says her experience discouraged her from another pregnancy. But she is inspired to advocate for reform measures to ensure no one else endures her experience. In partnership with the NAPW, Becker submitted testimony in support of a California bill that would, in part, remove the requirement that a coroner investigate deaths surrounding known or suspected abortions.