A Sydney man accused of serious drug offences is on the run from
the police after allegedly disabling his ankle monitor while on
bail.

He was arrested in June 2021 over allegations he conspired to
import 900 kilograms of the drug from Ecuador.

He was
charged with a series of offences, including conspiracy to
import a commercial quantity of border controlled drugs, as well as
three counts of importation over three smaller amounts  of
cocaine allegedly imported through air cargo.

According to police, Mr Baluch’s arrest was the result
of
Operation Ironside, a global sting which resulted in more than
800 arrests worldwide.

Police developed a phone app, known as ANOM, which worked in a
similar way to mainstream apps like Snapchat and WhatsApp. They
claimed the app ensured anonymity, marketing it to members of
criminal syndicates who ‘took the bait’ and allegedly
uploaded and distributed the technology amongst themselves via
customised phones.

The app was secretly managed by law enforcement authorities, and
those who were tricked into believing their communications could
not be monitored or traced were instead tracked in ‘real
time’.

Mr Baluch was refused bail at the police station and the matter
then came before a
Sydney Local Court, where it was granted on strict
conditions including the deposit of a $4 million security,
electronic monitoring and daily reporting to Mona Vale police
station.


If  a person is alleged to have failed to comply with a
condition of bail, police have some discretion regarding whether to
overlook the breach or
charge the person with breach of bail.

In the event of the latter, the person will be arrested and
brought before a court, which can choose to:


If the bail is revoked, the person will then be remanded in
custody.


Importing or Exporting a Commercial Quantity of a Border
Controlled Drug is an offence under
Section 307.1 of the Criminal Code Act 1995 which carries
a maximum penalty of life in prison.

To establish the offence, the prosecution must prove beyond
reasonable doubt that:


‘Import’ includes to bring into Australia, and to deal
with the substance in connection with its importation.

‘Export’ means to take from Australia.

You were ‘reckless’ if you were aware it was likely that
the substance was a border controlled drug or plant but went ahead
with your actions regardless.

Examples of ‘commercial quantities’ include:


A defence to the charge is ‘
duress‘, which means:


Section 11.5 of the Criminal Code Act 1995 (Cth) sets out
the law relating to conspiring to commit offences under the Act,
including drug importation.

The section makes clear that

“[a] person who conspires with another person to commit an
offence punishable by imprisonment for more than 12 months, or by a
fine of 200 penalty units or more, commits the offence of
conspiracy to commit that offence and is punishable as if the
offence to which the conspiracy relates had been
committed.”

It states that a person can only be found guilty of a
conspiracy, if:


The section provides that a person may be found guilty of
conspiracy to commit an offence even if:


The section further provides that a person cannot be found
guilty of conspiracy to commit an offence if:


Additionally, the section states that  a person cannot be
found guilty of conspiracy to commit an offence if, before the
commission of an overt act pursuant to the agreement, the
person:


The section also contains the unusual provision for a court to
dismiss a charge of conspiracy if the court finds that this is in
the interests of justice.

All defences, procedures, limitations and qualifying provisions
that apply to the substantive offence apply also to the offence of
conspiracy to commit that offence.

Due to these provisions, prosecuting bodies such as the Office
of the Commonwealth Director of Public Prosecutions (OCDPP) are
often reluctant to prosecute conspiracy offences. 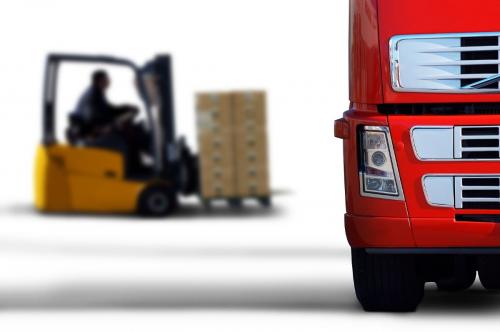