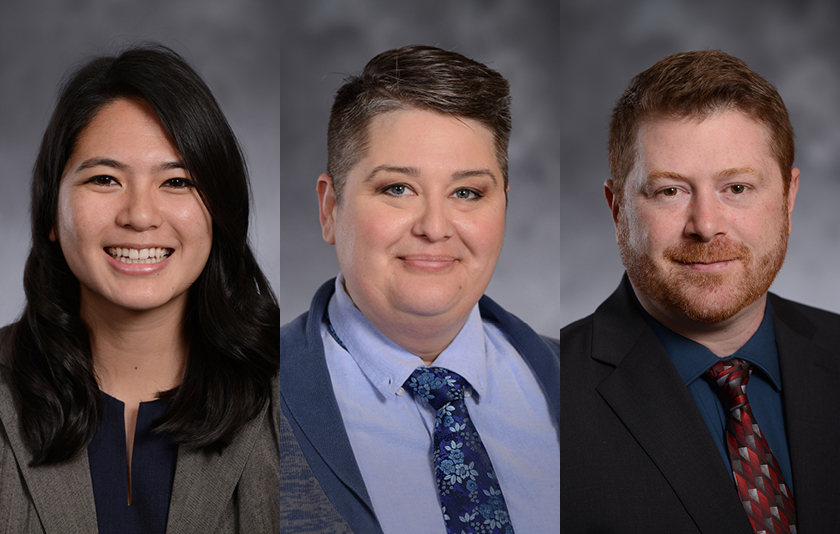 During a traditional year, Willamette Law bustles with the sounds of students conversing in the halls, lectures being taught and events being held throughout the building. Since March 2020, when the World Health Organization declared the COVID-19 pandemic, the hustle and bustle has dulled to a whisper. In fact, over the past two years, most 2L and 3L students stepped on campus just a handful of times.

In 2021, first-year students attended some classes on a hybrid schedule, though most upper-level students remained in entirely virtual courses. In their last years of law school, the most recent alumni primarily learned from a screen for 40-60 hours a week. Following a partially remote graduation ceremony, they weren’t presented with the diploma privilege extended to 2020 graduates. Instead, they prepared for the bar exam in their homes.

Without the help of Willamette Law’s BEAST (Bar Examination Accountability and Support Team) program, studying for the bar would have been yet another hurdle to jump on their own, graduates say.

A supplement to graduates’ commercial bar prep program, BEAST is a catch-all resource for first-time bar examiners and re-takers that starts several months before testing commences. It offers mentoring from law deans and faculty, a Google Drive full of study resources, and live-streamed lectures and workshops — all for free.

“We wholeheartedly commit to the alumni we mentor to both keep them accountable and provide them with necessary support,” she explains. “It’s a true support team — sometimes they need a shoulder to cry on, financial assistance, extra tutoring on a bar-tested topic, a wellness resource, a place to study with Wi-fi, somewhere quiet to go, or lunch during the examination itself.

“The whole law school pulls together as a community to do our best to make opportunities available to those who want to take advantage of our supplemental offerings.”

With the resources provided from BEAST, Willamette alumni from varying walks of life overcame multiple obstacles, including intense summer heat, a days-long electricity outage and record wildfires, to pass the 2021 bar exam.

Before coming to law school, Amber Yonamine JD’21 worked as an environmental engineer in Hawaii.  Although she enjoyed the field and found it interesting, she wanted more in-person interaction. That’s ironic, considering how her last two years of law school went, she says.

With no legal background, she thought she might have a disadvantage when she began her studies. However, she found applying the law to facts to be similar to engineering and had an easier transition than she expected. She did well and took classes that gave her an idea of what was on the bar, as well as experiential classes that prepared her to be a lawyer.

In her 2L and 3L years, the COVID-19 pandemic hit, and law school changed.

“We all thought we’d go online for two weeks,” Yonamine says, “and then we went online through the rest of my law school career.”

Before the pandemic, she spent hours in the law school and library. Afterward, she came to campus for one hybrid course, the Trusts and Estates Clinic. In the late fall of 2020, while studying for finals, she experienced a slight depression.

With several disruptive and stressful weather events throughout 2021, she had never felt so thrown off. While studying for the bar, she benefited from her BEAST faculty mentor, Professor David Friedman, who checked in on her to ensure she felt well and continued her bar prep.

Before the exam, Yonamine put in over 300 hours of study time, taking breaks to ensure she wouldn’t burn out. She used the school’s free access to a commercial bar prep program, which led her through a paced schedule of lessons, to stay on track. In September, she learned she passed.

“Law students know they have to pass the bar, but many don’t understand how different it is from law school,” Yonamine says. “The BEAST program really prepares us to pass the bar and offers additional resources that I wouldn’t have thought of reaching out for myself. It’s a very unique and important program.”

As a disabled person and former chef, Sunny Maxwell JD’21 came to law school later in life. Maxwell, who uses they and them pronouns, was involved in activism for disabled people and impoverished populations. At 35, they decided to go to Willamette Law to further those causes through legal education.

Maxwell has PTSD and identifies as autistic. During their first year, law school offered the first real support they had experienced in terms of meaningful access to health care. After March of 2020, Maxwell stepped foot on campus just once to pick up their belongings. The experience became isolating.

Courses were virtual. Affinity groups met via Zoom. Maxwell’s externship was remote. Instead of lurking in the hall to ask a passing attorney for guidance, they sent instant messages and emails. For hours each week, they stared at a screen.

“With PTSD and autism, both of those become more challenging as things are more intense and more stressful,” Maxwell says. “Neither helped my brain process virtual learning very well — not just studying for the bar, but all of ‘Zoom School of Law’ was really a challenge.”

As they made their way through the 3L year, another personal stressor was their perceived meaninglessness of the bar exam. As someone with years of hard work in a high-intensity career, they knew they could make it as a lawyer.

“Having to memorize all of these model rules specifically for multiple-choice questions, with none of the information making me a better attorney for future clients, made the whole process that much more difficult,” they say. “It took an immense toll physically, emotionally and mentally — just for arbitrary reasons.”

Despite their personal misgivings about the necessity of the bar exam, the BEAST and commercial study resources provided them with a path to success. During the last year of law school, every bar prep company reaches out to students to offer their services — for a fee, of course. Having a bar prep program already selected, and at no additional cost to students, was helpful, Maxwell says.

Professor Amy Meyers served as Maxwell’s faculty mentor. With some background in neurodivergence, she helped them work through autistic nuances causing them to focus on certain questions in the wrong way.

Maxwell passed the exam on their first try in the summer of 2021. They now happily work for the Public Defender of Marion County, offering public defense for people who can’t afford legal representation.

“I think there’s a social norm that disabled people can’t work as hard, and there’s a question of whether it’s worth the effort to support them so they can get a job done,” Maxwell says. “In my experience, the disabled people I know who practice law or who are in law school are incredibly resilient and hardworking. They’ve had a really broad and meaningful experience in life.

“I think it’s just patently incorrect that people with disabilities are dependent on resources to get through school, rather than contributing to the legal community and society at large.”

With a lifelong goal to attend law school, Michael Della Paolera JD’21 put his dreams on hold when he became a father at a young age. As the single parent of a two-year-old, going through a divorce, he chose to represent himself in court and drew the attention of the judge. She told him he might be missing his calling.

Della Paolera decided to finish school and follow his dream, seeing a need he could fill in family law, where he felt resources were lacking for those in his situation. He earned a full-ride scholarship to Oregon State University, settling with his son in Corvallis. He chose to attend Willamette Law because of its proximity to home, but a hallway conversation solidified his decision.

While in undergrad, Della Paolera met with former Willamette Law Professor Warren Binford to talk about the Child and Family Advocacy Clinic. As a struggling 1L years later, he bumped into her — and she recalled their talk, calling him by name.

That year, he had a difficult time. Commutes lasting nearly an hour both ways, a young son at home needing attention and the law school learning curve took a toll on his GPA. He was required to take Applied Legal Analysis, a course designed specifically for students who weren’t keeping up.

“That course helped me tremendously,” he says. “It gave me a whole new way to approach studying. I raised my GPA, and I saw my performance take off.”

With the pandemic, Della Paolera’s commutes disappeared, and he had more time to study. But, he also had a freshman son doing schoolwork at home, and nowhere else to go. Though there was efficiency in remote learning, and he felt his professors helped students adapt, he didn’t enjoy it.

“There were times I had to lock myself in my room, but I felt guilty because my son was out of school and needed to be entertained,” he says. “But I had to study.”

Through a mainly virtual last year of school, professors like Binford, Meyers and Yvonne Tamayo were standouts, he says. As he worked on bar study material, Meyers was responsive and made herself available, even after business hours. Though he didn’t have an official faculty mentor, Meyers became his.

The set schedule of studying from the commercial bar prep materials didn’t work for him, so she and Della Paolera developed something that was more well-suited to him.

“When the program wasn’t meeting my needs, it was completely flexible,” he says. “Not everything is one size fits all, and Professor Meyers worked to what my needs were. I feel that was very successful with taking me from where I was at to where I needed to be.

“She was really instrumental in just getting my brain organized and calm and taking a step back. She could bring me back to center.”

Despite the anxiety and stress that came from preparing for the exam and remote learning, Della Paolera passed the test. He hopes to practice family and business law. 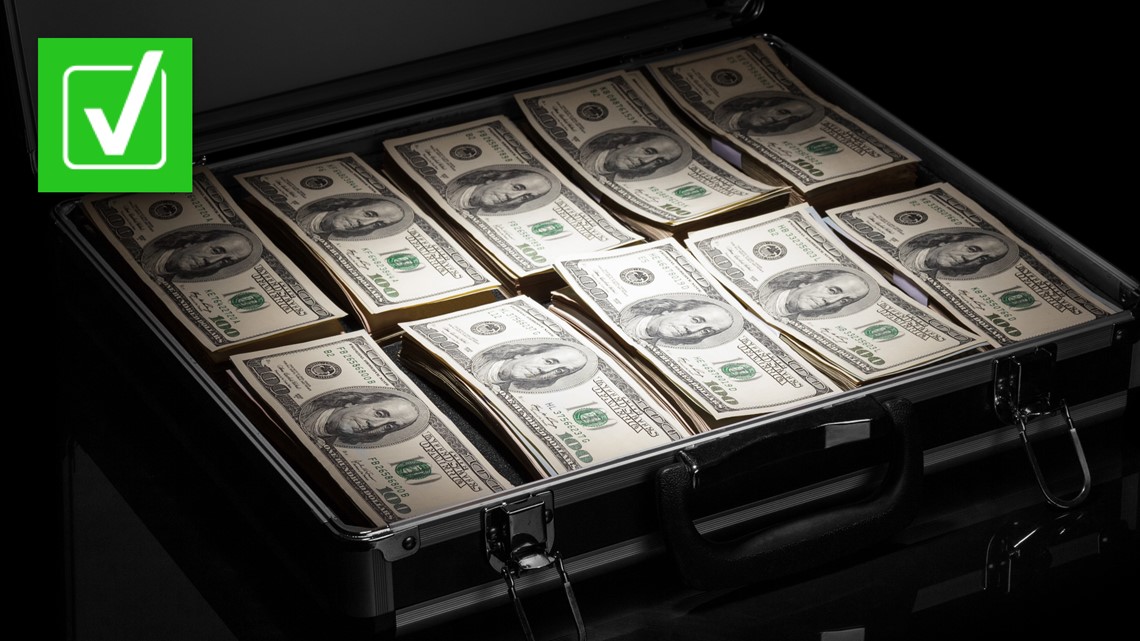 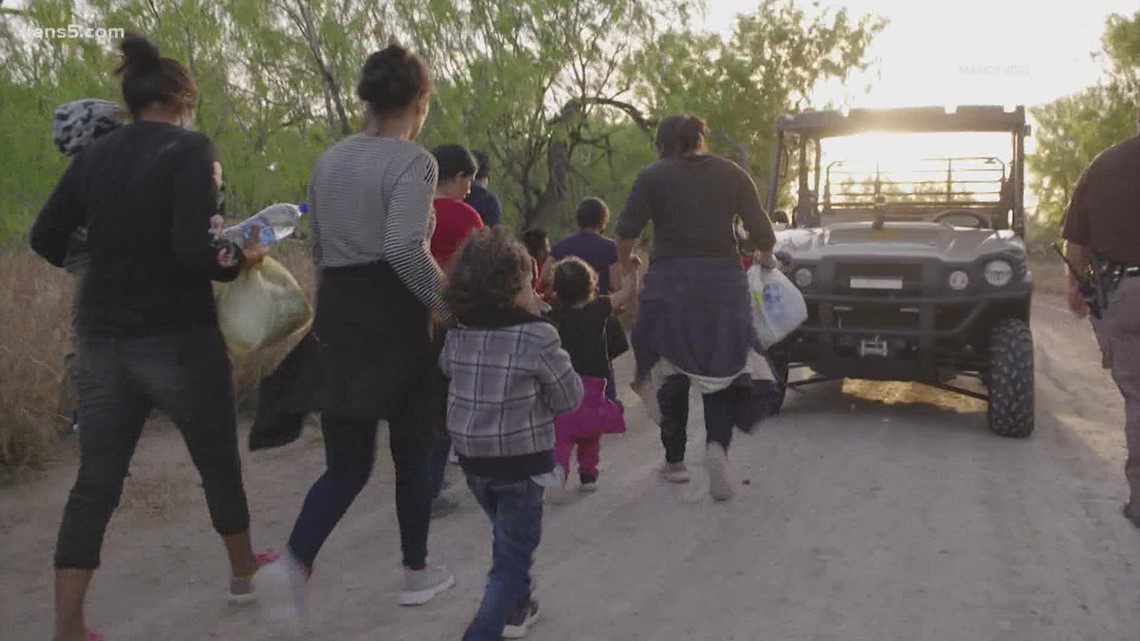