BALTIMORE — Walking back into a holding cell at the Edward A. Garmatz U.S. Courthouse in Baltimore in 1994, Corey Woodfolk recalled, he did not know exactly how much time the judge had sentenced him on a charge of conspiracy to distribute more than one kilogram of heroin.

At first, he thought that he had made out. That’s because U.S. District Judge J. Frederick Motz handed down his sentence in months instead of years. But Woodfolk said he noticed that his mother was crying in the back of the courtroom, and he started to do the math.

He said he turned to a deputy U.S. marshal and asked him, “How much time I got?”

For 23 years, Woodfolk was incarcerated in federal prison, where he taught himself the law and earned certificates in areas including paralegal studies and business and corporate law. Since his release in 2017, he’s become the general manager and litigation specialist at Bates & Garcia, P.C., a law firm in Baltimore, and specializes in state and federal appellate and post-conviction work.

‘The streets already had me’

Woodfolk grew up on Woodland Avenue in Park Heights. He said he lived in a home with 7-8 people, including his mother, Debbie; twin sisters, Sherry and Terry; and grandparents, Sonia and Fred, the patriarch of the family who worked as a manager at a tire shop and played bass in a jazz and blues band called Peck and the Vikings on weekends.

Growing up, Woodfolk said, he was smart and did well in school. He attended Pimlico Elementary and Greenspring Junior High.

Drugs, though, seemed to become more prevalent in the neighborhood. Family members, he said, started using cocaine and heroin and selling sex in the basement. His mother would give him a few dollars afterward to buy candy — Goldenberg’s Peanut Chews, Bit-O-Honey and Mary Jane — at a nearby corner store, Woodfolk said.

At 14, Woodfolk said, a man gave him a bag of marijuana and instructed, “Roll it up and sell it.” So Woodfolk said he went to Park Heights and Woodland avenues, quickly sold the weed and netted enough to buy a sandwich and French fries.

He said he became more streetwise and started to miss school. He’d go down to the corner and watch the stash, earning $25-$30 at the end of the night. His grandmother, he said, was strict and kicked him out of the house for a few months. She later decided to let him back.

“But by that time,” Woodfolk said, “the streets already had me.”

Woodfolk attended Mergenthaler Vocational Technical High School for less than one year before transferring to Northwestern High School, where he was expelled in 10th grade for having heroin. “I wanted to be a drug dealer,” he said. “At that point, it was ‘I’m selling drugs.’ That’s what I knew. That’s what I saw. That’s what I wanted.”

Next, Woodfolk earned his GED diploma and started taking classes in business and computer marketing and management at what was then called Catonsville Community College. Meanwhile, he and his friend, Cornelius Langley, sold drugs and drew influence from two movies: “The Godfather” and “Scarface.”

In 1988, Woodfolk pleaded guilty in Baltimore Circuit Court to attempted murder and use of a handgun in the commission of a crime of violence in connection with a fight outside the old movie theater in the Reisterstown Road Plaza. He was initially sentenced to 10 years in prison, with all but five years suspended, plus five years’ probation.

When he was incarcerated at the Eastern Correctional Institution, Woodfolk met Mumin Sahib Abdullah, who taught him about boxing and religion.

They later went into business, selling large amounts of heroin in Baltimore as part of an organization called Strong as Steel, according to court documents.

Between 1991 and 1994, Strong as Steel distributed in excess of one kilogram of heroin, federal prosecutors said. When the organization started to experience problems with cash flow, members turned to committing robberies to sustain their lifestyle.

“They were a dominant organization,” said retired FBI Special Agent Butch Hodgson. “They were bad boys.”

‘He’s a better writer and legal thinker than many lawyers’

On Jan. 10, 1994, Woodfolk said, he was in bed with his wife at the time, Lisa, when he heard a bang on the door of their townhome at 5 or 6 a.m. He said he awoke and grabbed a .357 Magnum, not knowing whether people were there to rob or kill him.

When he realized that it was law enforcement, he said, he sat on the bed, put his hands up and waited for police to arrest him.

When at the United States Penitentiary, Atlanta, Woodfolk said, he met a prisoner who espoused sovereign citizen ideology — he claimed that the United States did not have jurisdiction over them — and became interested in the law. The man, he said, looked like a slim version of Colonel Sanders and promised — for a fee — that he’d impart some of his knowledge that was the key to freedom.

But Woodfolk said he later realized that information was “mumbo-jumbo.” He started with studying corporate law and branched out into other areas. “I was already set on the path of law,” he said. “I became really excited with it.”

He said he’d help other prisoners and estimated that he successfully litigated various issues in 20-25 cases during his incarceration.

In 2015, Woodfolk filed a motion to reduce his 50-year sentence following an adjustment to the federal sentencing guidelines.

The warden of the Federal Correctional Institution, Otisville, Monica Recktenwald, wrote him a letter of recommendation.

Lauren Case, a former assistant federal public defender who represented Woodfolk in 2016, described his understanding of the law as “very sophisticated.”

“He’s a better writer and legal thinker than many lawyers,” said Case, who added that the two would discuss the writing style of justices on the U.S. Supreme Court. “He understood nuances in the law that many lawyers don’t.”

“He’s just very intelligent, and he decided when he was incarcerated that he was going to educate himself,” she added. “And the judge saw that for what it was, which was a remarkable rehabilitation.”

Though then-Assistant U.S. Attorney Debra Dwyer noted that Woodfolk participated in various programming and employment opportunities, she stated that he committed serious crimes and asked for a new sentence of 41 years and eight months in prison.

“He tortured victims, murdered competitors, and threatened government cooperators,” Dwyer alleged in court documents. “There are no guarantees that Petitioner is a changed person.”

Former Assistant U.S. Attorney Andrea Smith, one of the original prosecutors on the case, said, “Corey Woodfolk’s a stone-cold killer.” (Woodfolk disputes many of the allegations in the case as untrue or overblown.)

Motz — the same judge who sentenced Woodfolk in 1994 — granted the motion and reduced his sentence to 27 years.

Meanwhile, Woodfolk successfully filed a motion for permission to appeal his 1988 attempted-murder conviction to the U.S. Court of Appeals for the Fourth Circuit. He prevailed in the end.

During oral arguments, Edward Kelley, who appeared on behalf of the Maryland Office of the Attorney General, said he felt it was necessary to state on the record that Woodfolk’s court filings were some of the best writing that he’s seen from a person representing himself or herself.

“Not that I’m advocating for him to get released,” Kelley responded. “But his pursuit through the court system has been quite impressive.”

Christopher Leach, an attorney who represented Woodfolk when he challenged his 1988 attempted-murder conviction, said his client not only had a grasp of issues that even good lawyers find hard to get a handle on, but he was a kind person.

“Mr. Woodfolk is the poster child for why ‘lock ’em up and throw away the key’ doesn’t make sense,” said Leach, who added that he did not know him in the past. “He’s obviously making positive contributions to society. I’m very happy he’s not still in prison.”

‘If he was in a different environment, he would be a lawyer’

Following his release from prison in 2017, Woodfolk said, he was at a car wash on Wabash Avenue near West Cold Spring Lane in West Baltimore when a man walked up to him.

At first, Woodfolk was on edge. He thought that might be related to something related to his past. But then he realized it was his friend, Carlmichael “Stokey” Cannady, CEO and founder of the Stokey Project, an entertainment company, and a 2020 candidate for Baltimore mayor.

Cannady said he’d heard that Woodfolk had been doing a lot of work in the law and wanted to introduce him to a friend.

Next, Cannady called up Ivan Bates, a defense attorney who’s now the incoming Baltimore state’s attorney. He was looking for someone to help as he expanded his federal practice and offered Woodfolk an opportunity to come in for an interview.

Bates said he had talking about giving people second chances and felt that it would be hypocritical if he did not try to do it.

Woodfolk, he recalled, came in dressed in clothing that he used to wear in the 1990s. Think a brightly colored Tommy Hilfiger sweatshirt and FUBU jeans.

“He looked like I looked in my pictures in college,” Bates said. “I was like, ‘OK. All right. Dude, either you have the worst fashion sense, or you really have been locked up for 20-plus years.’”

So Bates said he gave him a shot.

Woodfolk is punctual and a hard worker, Bates said. They’ve worked on a lot of motions and sentencing memorandums together, he said, and made the law firm more effective.

“He’s the type of guy that I believe if he was in a different environment, he would be a lawyer,” said Bates, who added that Woodfolk has helped inform his views on second chances and returning citizens. “And he would make a significant amount of money as a lawyer.”

Bates’ law partner, Tony Garcia, said Woodfolk’s life story “feels like a family movie that if you saw on television, you wouldn’t believe.”

Garcia said Woodfolk is able to connect with clients, help them understand the law and make sure that they do not feel abandoned.

‘There’s no going back in mindset’

One day, Woodfolk said, he wants to thank Motz in person and show him that he “made a good bet on me.” He sent a letter after the ruling, in which he thanked the judge for giving him “”the opportunity to have a new chance at life.”

“There’s no going back in mindset,” Woodfolk said. “It’s been a journey for me.” 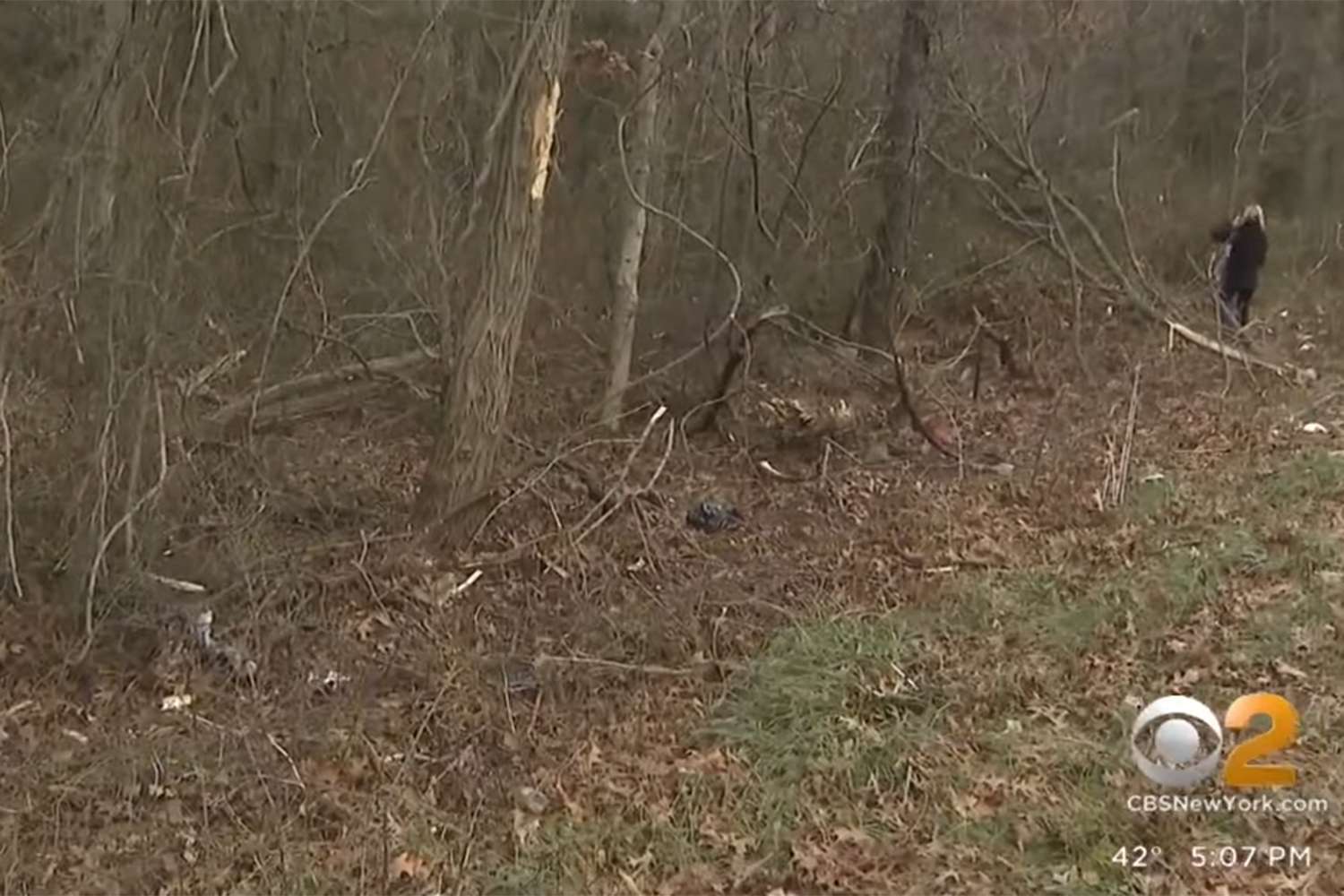