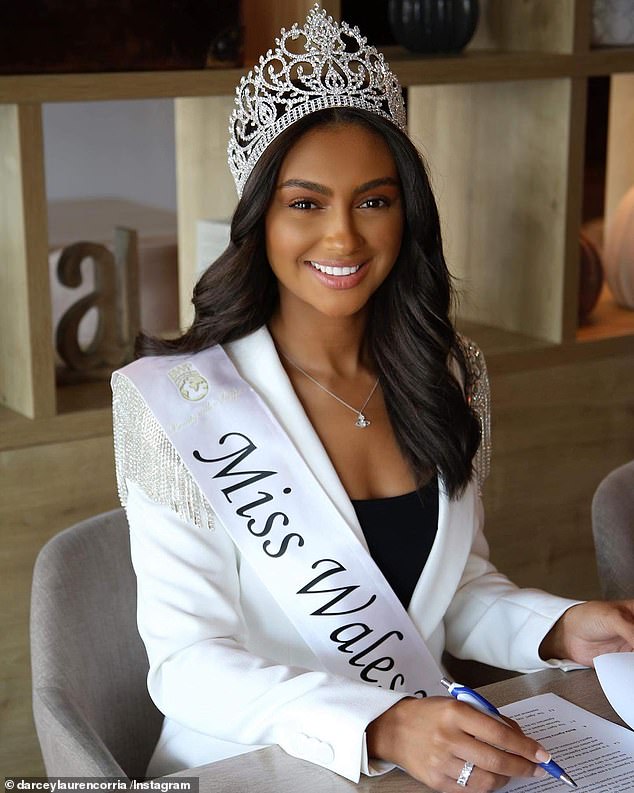 By Alastair Lockhart For Mailonline

Beauty queen Miss Wales has been rushed to hospital after being seriously injured in a horror car crash.

Darcey Corria, 21, was involved in the crash near Bridgend, south Wales which closed parts of the M4 for several hours.

The pageant star is reported to have broken two bones in her neck and her pelvis in the shocking incident.

Ms Corria has been taken to the University of Wales Hospital in Cardiff for treatment.

Darcey Corria, 21, has been rushed to hospital following a horror crash in Brigend, south Wales 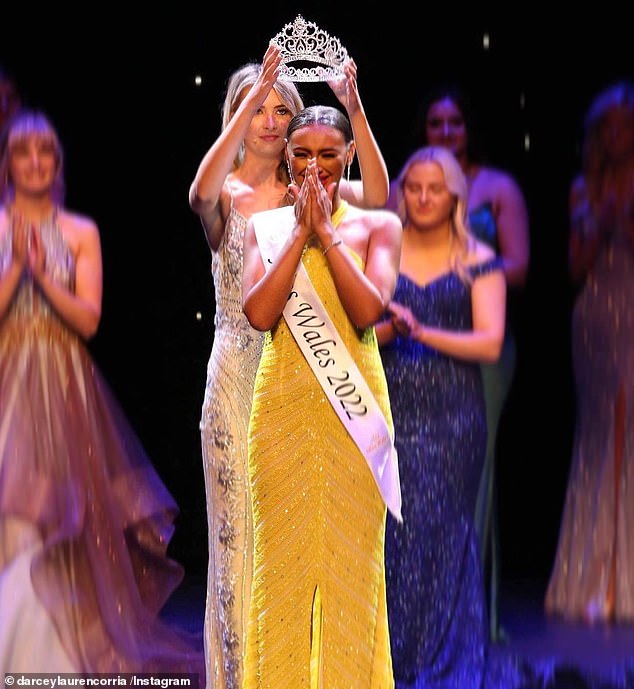 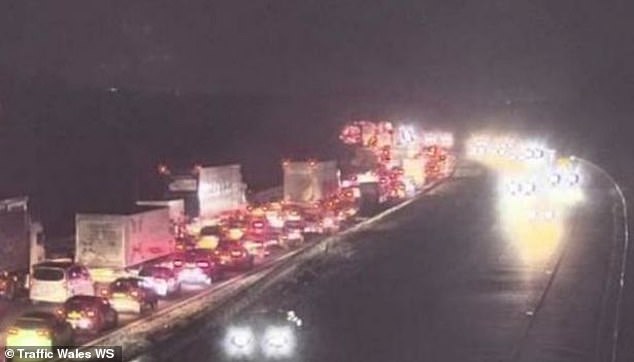 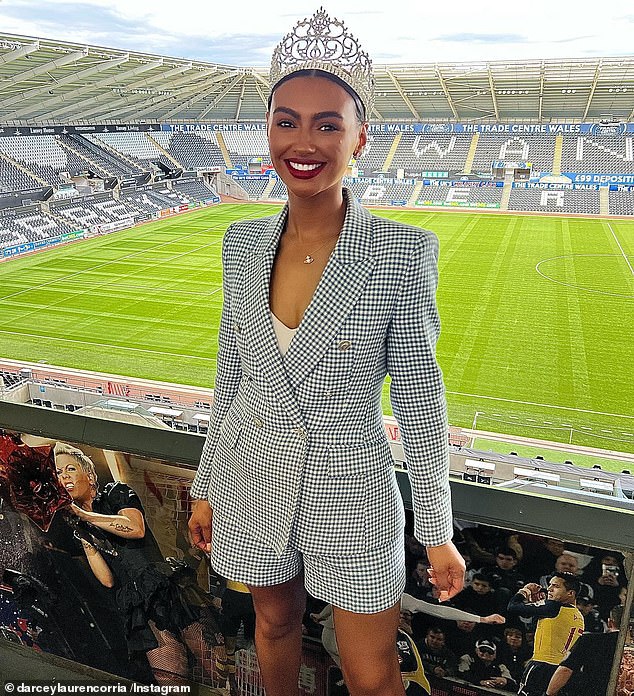 Organisers of Miss Wales, the beauty competition she won last year, said she was being supported by her family and would likely make a full recovery.

A spokesperson for Miss Wales said: ‘Event organisers at Miss Wales, as well as her family, are hopeful and confident that she will still be able to do this thanks to the incredible team of medics at UHW and her own personal determination.’

Ms Corria was crowned Ms Wales 2022  last May and is due to represent Wales in Miss World this year.

She became the first BAME person to win the competition since 1997 and has been an active black rights campaigner.

Traffic has ground to a halt in the area where the accident happened as emergency services continue to investigate the incident. 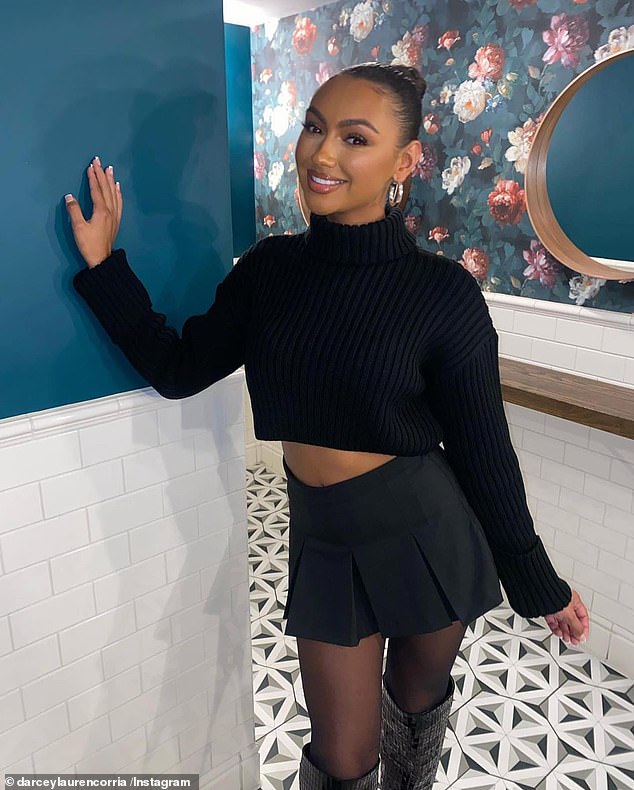 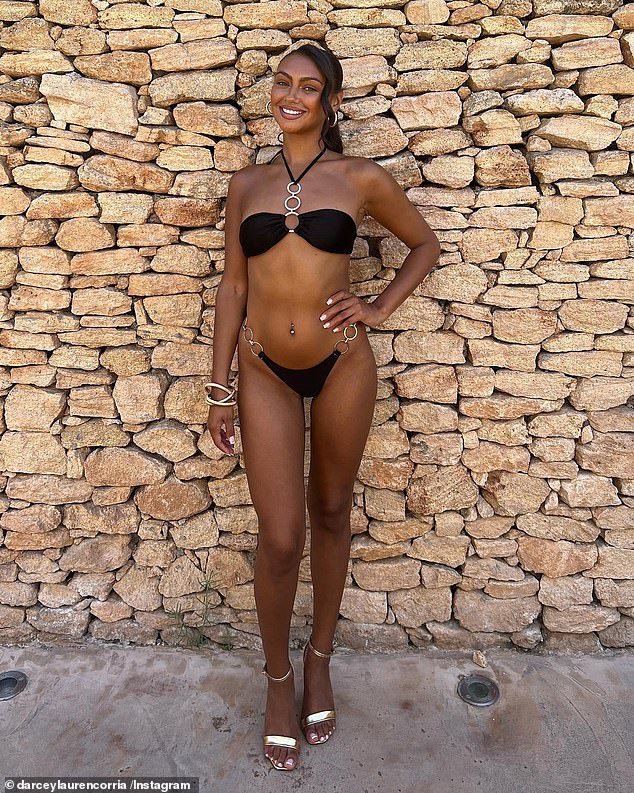 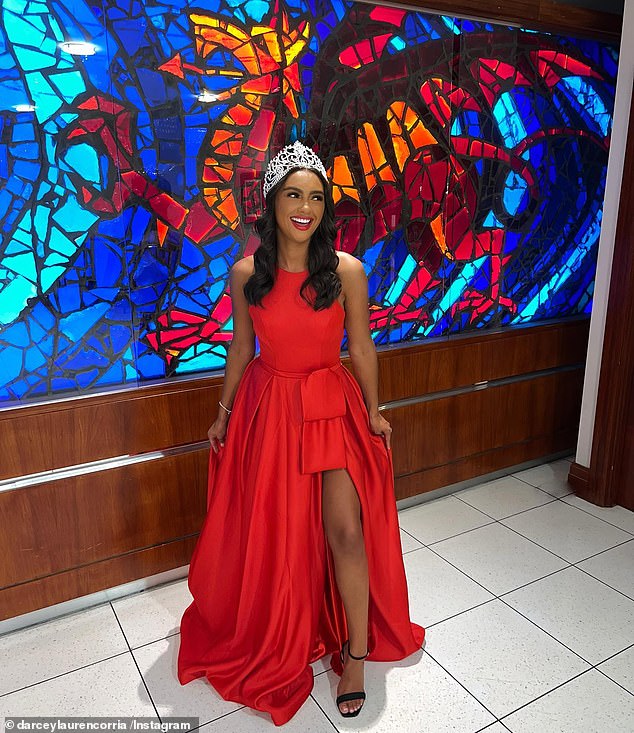 South Wales Police said: ‘We are dealing with a serious road traffic collision which happened on the eastbound carriageway of the M4 motorway between junctions 35 (Pencoed) and 36 (Sarn) which was reported at 6pm this evening.

‘Because of the nature of the collision it has been necessary to close the carriageway completely while investigations have been continuing.

‘A female has been taken to the University Hospital of Wales with what are described as serious injuries.’

THIS IS A BREAKING NEWS STORY, MORE TO FOLLOW