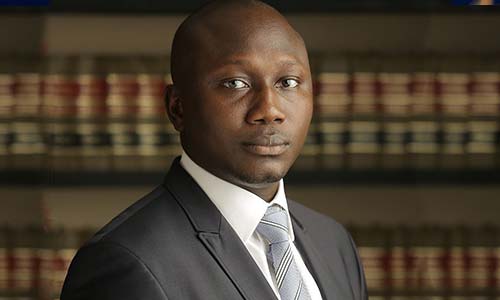 Under international law, every state party to the UN Charter has a responsibility to safeguard its citizens from external aggression and conflict. In a similar vein, the international community is obligated to assist such state parties in protecting their residents or to safeguard citizens of a state party in an unforeseen situation. This concept is known as the ‘Responsibility to Protect’. It originates from the need to safeguard residents of a state from internal conflicts before extending such protection from external forces. As a result, the UN should maintain the R2P in order to meet the needs of the international community as a whole and provide more effective protection for all populations.

At the UN World Summit held in 2005, world leaders; Heads of states and governments, affirmed this principle to protect its citizens from the crimes of genocide, war crimes, ethnic cleansing and crimes against humanity[2]. These are the basic categories of crimes which the ICC has the jurisdiction to try.  It is therefore the responsibility of every state party to the UN Charter to which Nigeria is a signatory, to protect its citizens from external forces and control for a better development and integration of International Law.

This article seeks to address the concept of the Responsibility to Protect, which is an underlying principle in International law, that all state parties must be abreast in the light of the rising security challenges in the world.

THE CONCEPT OF ‘THE RESPONSIBILITY TO PROTECT’

The Responsibility to Protect, alias, ‘R2P’ is an international norm that seeks to ensure that the international community never again, fail to halt the mass atrocity crimes of genocide, war crimes, ethnic cleansing and crimes against humanity[3]. These crimes are most times referred to as ‘atrocity crimes’ or ‘R2p’ crimes.

It is important to stress that the Responsibility to protect is not a legally binding framework. It is rather a principle built from codifications in international law such as the Geneva Conventions and the additional protocols.

The concept arose as a response by the international community to the failure of the community at the time of the Rwanda genocide and the atrocities committed in Yugoslavia, to intervene in such grave violations of international law.

R2P is made up of three (3) arms which shall now be discussed;

Every state has the first duty to its citizens and populations to afford protection from the R2P crimes. This implies that the state is the first body obligated to do so. It is the primary institution responsible for the security of her citizens from external aggression. Every citizen’s protection, therefore, lies first with the state.

It is trite that the R2P provides that every state has the responsibility to afford protection to its citizens and populations from the mass atrocity crimes, however, in the light of the present world happenings and insecurity challenges, not all states are willing or even at most, able to afford this protection as it ought to be. This shortcoming leads to the second arm of the R2P.

As earlier noted, not all states are able or willing to uphold the responsibility of protecting their citizens and the population at large. The larger international community has been mandated by the R2P to assist, afford help and be ready to protect when necessary, to states that decline in their duty to protect the population at large of such state. The assistance can be in the form of peaceful settlement of disputes or using stronger measures such as the military force authorized by the UN security-council.  The larger international community here extends to all members of the United Nation including International, regional and non-governmental organizations.

This Responsibility to Protect extends to situations where a state has neglected and failed to protect her populations. In such an instance, the international community is to intervene and respond collectively with the appropriate action timeously in accordance with the United Nation Charter.

THE CHALLENGES IN UPHOLDING THE R2P

In analyzing the unfolding of the principle of the R2P, it is arguable that despite the inception and more regimented documentation of the R2P principle by the UN, the unfolding events confronted by the population in states widens the application from the doctrine.

In recent times, internal conflicts seem to be more on the rise rather than the attacks from external forces over a state. For instance, in Nigeria as a whole, insurgency and attacks on groups and sects have increased over time. This alone defeats the conception of the idea of the R2P which also emphasizes that the sovereignty of a state also involves the responsibility of a state to cater for the safety and security welfare of the population in it. Internal crises have become the order of the day as just recently in America, a high school student with a gun engaged in a mass shooting that led to the death of over 19 students[4].

The situation is such that populations are highly at risk of the atrocity crimes. There have been flagrant breaches of international humanitarian law, human rights law and international law at large. Persons afforded protection under these laws such as health workers and civilians are greatly undermined.

These challenges as outlined have affected the development and application of the R2P in our today’s world but the necessity of the R2P can still not be overruled. It is expedient that we now examine the need for the R2P in the light of the inevitable happenings of the world.

THE NEED FOR THE R2P

With our present codified laws in International law, one may wonder the need for re-emphasizing the R2P principle which is a framework and not a law. However, having outlined the challenges above of the growing internal conflicts in states much more than attacks from external forces, civilians are more prone to attack.

The R2P has evolved from the 1990s till date, and is still evolving to suit the present needs in international law. The R2P elucidates responsibilities and sets the requisite response to attacks either at state level or the international community at large. It is expedient that individual states need to implore the practicability of the principle in safeguarding the security, human rights and protection of its citizens.

The R2P is also important in guiding the affairs of the military and armed forces of a state. These are the major bodies guarded with the responsibility of protecting the population of a state. With the understanding of this principle, they are better guided on the issue of priority when it comes to matters of national security. It is important to note that R2P respects the sovereignty of every state and in line with the principle of sovereignty, it ensures that a state is able to guard its territory.

Another necessity for the R2P is to prescribe the appropriate collective action, necessary to respond by the international community at large, where an individual state fails to protect her population. It forms part of the basis for the Security Council vetoing the use of force by one state on another, or in peacekeeping missions, the use of NGOs and regional organizations for the settlement of disputes at a national or international level.

The R2P seeks to prevent the happenings of atrocity crimes and helps to minimize these crimes from accelerating.

The necessity of the R2P, though not a law, should not be undermined. It has reiterated the need for state parties to the UN Charter to protect their sovereignty by bearing the primary responsibility of the protection of its citizens from both internal conflicts at a national level and then the international community. The R2P should therefore be preserved by the UN in order to suit the need of the international community at large and deliver more effective protection for all populations.

Mr. Atoyebi has expertise in and a vast knowledge of International Law and this has seen him advise and represent his vast clientele in a myriad of high level transactions.  He holds the honour of being the youngest lawyer in Nigeria’s history to be conferred with the rank of a Senior Advocate of Nigeria.

He can be reached at [email protected]

She can be reached at [email protected]

[1] Article 17 of the Rome Statute allows the ICC to step in and exercise Jurisdiction where states are unable or unwillingly genuinely to investigate or prosecute, without replacing the judicial systems that function properly in that state.

Book On The Dynamics of Mediation, Negotiation & Arbitration In A Globalized World [Order Your Copy]