‘Tis the season for giving, and major corporations are currently doling out millions, if not billions, of dollars in year-end gifts. But the greatest gift that a corporation can bestow on shareholders is legal: By securing a new corporate charter, corporations can give their investors everything on their wish lists.

NEW YORK – The Christmas shopping season is upon us. Whether one is a believer or not, it is almost impossible to resist the lure to shop and give gifts at this time of the year. But the biggest gift givers are inanimate creatures without any capacity to believe anything. I am referring not to artificial intelligence but to the legal persons known as ordinary corporations.

Corporations are currently doling out millions, if not billions, of dollars in year-end gifts. In the financial sector, bonuses are up 20-35% compared to last year, representing a merry-go-round that puts several hundred thousand dollars, on average, into the pockets of every recipient. Yet while the amount of these gifts is sizeable, the greatest gift that a corporation can bestow is legal. By securing a new corporate charter, corporations can give their investors everything on their wish lists.

Royal Dutch Shell is only the latest corporation making headlines for gifting a new charter to its shareholders, by moving its headquarters from The Hague to London. The company will ditch its royal title in return for extra cash for its shareholders. Two other Dutch corporations, Unilever and RELX (Elsevier), have already made similar moves. And, more generally, many merger transactions are, in fact, thinly disguised bargains for reaping the benefits of a different legal order.

Where does the extra money for Shell’s shareholders come from? A possible source is the new legal and regulatory environment. The fact that shareholder protections in the United Kingdom are stronger than those in the Netherlands arguably could give the company a boost. After all, past research on law and finance suggests that countries with better shareholder protection tend to have more developed financial markets.

But extending this argument specifically to Shell’s move raises several objections. At the level of an individual company, there simply are too many variables in play for corporate governance to have a large effect on the outcome. Moreover, when applying the standard measure for the quality of corporate law – the (corrected) Antidirector Rights Index – the difference between Dutch and English law is not all that great.

The real benefit for shareholders is not governance but cash, which is determined by the prevailing tax law. The Netherlands taxes both dividends and share buybacks at 15%, whereas UK tax law makes it possible to exempt buybacks, provided that a firm has a good tax lawyer on its side.

Our newest magazine, The Year Ahead 2022: Reckonings, is here. To receive your print copy, delivered wherever you are in the world, subscribe to PS for less than $9 a month.

For Shell and other major polluters that are just beginning the process of shifting from oil and coal to cleaner energy sources, keeping shareholders happy ultimately is more important than achieving a successful transition. As the Financial Times reports, energy executives and investors have come to a “quiet understanding… As companies invest less in oil, more money should flow back to shareholders when energy prices are high.”

Moreover, Shell is using its exit from the Netherlands to put some distance between it and the Dutch courts, which reprimanded the company twice in the past year for failing to meet legally required climate commitments that were touted by the company’s own public relations materials. So much for the idea that the private sector will lead the transition to a green economy.

Where does this leave us? In short, polluters plan to butter up their shareholders with handouts and tax-avoidance schemes while their customers foot the bill for the energy transition, and while governments deal with the political fallout. Worse, the gift being lavished on shareholders is not a return on an especially good investment, nor does it bespeak some breakthrough in the energy transition. Rather, it reflects the cash-value of a legal arbitrage scheme that is designed to circumvent the laws of a democratic country – the same laws that breathe life into legal creatures like Shell and every other corporation in the first place.

Given their legal pedigree, it is perhaps not surprising that corporations prefer to treat law like just another asset that can be exploited for profit. They routinely hunt for cheaper supplies and outsource production to countries with lower labor costs and weaker worker protections, so why not shop around for law as well?

Legal arbitrage is often rationalized as a form of healthy competition that will push lawmakers to write optimal rules. But for whom should the law be optimized? Obviously, shareholders would prefer zero taxes, and polluters would prefer zero emissions standards. The tens of millions of people who are worried about their children’s future on a warming planet may have different preferences.

In 1811, the state of New York became one of the first states to adopt a free incorporation statute. This made it possible to establish a corporate entity without prior state approval, but it stipulated that corporations could be established only by natural persons and only for a specific purpose. The law excluded owning shares in other corporations, and thus implicitly barred company groups. A corporation had a limited lifespan of just 20 years, at which time it had to seek an extension of its charter or face liquidation. Lastly, corporations could accumulate no more than $100,000 ($2 million in today’s dollars) in capital.

One gets a sense that the New York state legislature was afraid of what it was about to unleash: a world of legal creatures that it would have a hard time controlling. But even these wary lawmakers would be surprised by the extent to which today’s corporations have turned law into a money mint.

If further evidence for this practice is needed, it can be found in the big law firms’ embrace of cash bonuses for their associates. Not so long ago, this practice would have been regarded as unseemly – damaging to their reputations and incompatible with their role as guardians of the law. Watching law firms openly compete for the highest payouts while being cheered along by the business press shows how far the commodification of law has progressed. It is the biggest gift of all. 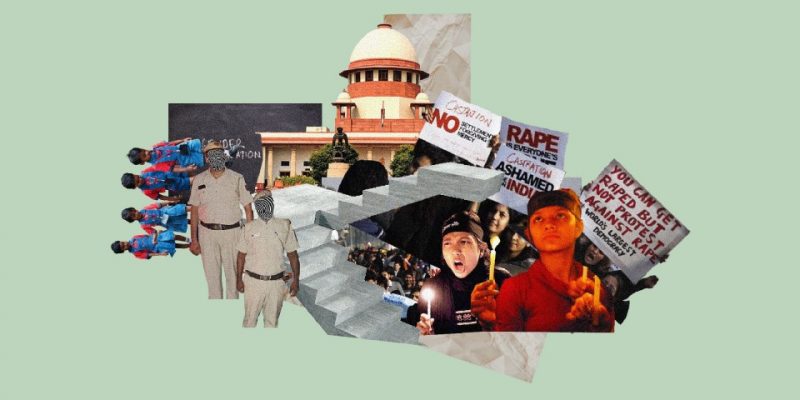