On April 12, President Biden joined Ukrainian President Volodymyr Zelenskyy in accusing Russian President Vladimir Putin of committing genocide in Ukraine. An increasing number of academics have engaged in a heated debate about the applicability of the concept. In a fateful historical coincidence, Ukraine is the cradle of genocide: The inventor of the term, Raphael Lemkin, studied law in Lviv, then in Poland, in the 1920s, and his family was murdered in the Holocaust. He later wrote a text about the genocidal famine inflicted on Ukraine by Soviet authorities in the early 1930s and hoped that the new United Nations Convention on the Punishment and Prevention of Genocide (UNGC), passed in 1948, would ensure that such crimes did not recur.

But they have. On April 28, British lawyer Philippe Sands wrote in the New York Times that Lemkin “would be horrified … by the parsing of words, the distracting fights over the labeling of such abject cruelty and the placing of his term on a perch so high that the legal meaning of ‘genocide’ is held apart from its ordinary conception.”

As someone who has spent years writing about the concept of genocide and who edits the oldest journal in the field of genocide studies, I am not surprised by the uncertainty about the applicability of genocide to any situation. While I agree with Sands about prosecuting Putin for the crime of aggression, the problem is not misunderstandings of Lemkin and his concept but the fatal flaws of the UNGC and the character of postwar memory culture, which he overlooks. For it was Lemkin who made the Holocaust the archetype of genocide and who called genocide “the crime of crimes,” indeed, the “most heinous of all crimes,” thereby positing a hierarchy of criminality.

With the Holocaust as its archetype, genocide—rather than the Nuremberg Trial triumvirate of crimes against peace, crimes against humanity and war crimes—became the gold standard of recognition for victim groups since the late 1940s. Contrary to Sands, who writes that genocide was forgotten from then until the two ad hoc international criminal tribunals of the 1990s, genocide was alleged constantly in anti-colonial and postcolonial conflicts in the intervening decades, such as the Nigeria-Biafra War between 1967 and 1970s and the secession of East Pakistan to form Bangladesh in 1971.

It is no accident that these crises were not recognized as genocide and were quickly forgotten. The states that thrashed out the UNGC in 1947 and 1948 designed it so that state sovereignty would not be compromised in waging international and non-international armed conflict. How did they do this?

First, the U.N. convention states that genocide means the “intent to destroy, in whole or in part, a national, ethnic, racial or religious group, as such” (emphasis added) by various means. “As such” requires that victims are targeted solely on the ground of their identity—for symbolic rather than material reasons, like warfare. The states negotiating the convention’s definition in 1947 and 1948 deliberately modeled it on the Holocaust—understood as history’s largest hate crime—to distinguish it from warfare and even population expulsions.

These states did not regard warfare as illegitimate; they had just defeated the Axis powers, destroyed their cities with fire and atomic bombs, and countenanced the forced expulsion of 12 million ethnic Germans from east-central Europe. The Cold War was beginning, and independence movements confronted the western colonial empires reasserting control in Asia and northern Africa. For the war’s victors, the sovereign right of states to engage in international and non-international armed conflict required the rescue of “military necessity” from its discrediting by the Nazi mode of exterminatory warfare and occupation.

Everyone understood that armed conflict affected civilians dramatically. The official committee of experts’ commentary on the draft genocide convention, written in part by Lemkin, acknowledged that civilian populations were affected by modern warfare with “more or less severe losses.” So it distinguished between armed conflict and genocide by arguing that in the latter “one of the belligerents aims at exterminating the population of enemy territory and systematically destroys what are not genuine military objectives.” Military objectives, by contrast, aimed at imposing the victor’s will on the loser, whose existence was not imperiled. Killing masses of civilians was acceptable, if regrettable, when motivated by military goals: victory, not destruction.

As J.L. Brierly, professor of international law at the University of Edinburgh, told readers of a weekly BBC magazine in 1949, the intended destruction of the listed groups “as such” had a “limiting effect”: This qualification meant excluding “many, probably most, of the famous massacres and persecutions of history.” In historical reality, the facts of perpetrator motives “have been more obscure [than the Nazis’] and more mixed.” To qualify as genocide, the victim population would have to be targeted “because they were Jews or Slavs, or members of some particular group of human beings whose elimination had been resolved on”—and not “enemies in war or rebels against a government.” Accordingly, “putting a whole enemy population, men, women, and children, to the sword” would not necessarily be genocide. The convention, he concluded pessimistically, promised more than it delivered: “nothing important has happened at all” with its passing by the U.N.

This view prevailed among the states negotiating the genocide convention. As a consequence, the wars waged ever since, including by permanent members of the U.N. Security Council, in which many millions of civilians died, cannot be legally categorized as genocide. Efforts to pin the genocide label on states engaged in destructive armed conflict have largely failed, whether on the U.S. for its war in Vietnam or on the Nigerian state for its deadly blockade of a secessionist province in a civil war at the same time.

Second, wars against nationality—or national identity—are not legally genocide. Russian declarations to destroy Ukrainian statehood and identity, while shocking, are unlikely to count as genocidal intent in a court. The argument that genocide is the destruction of nationality, as opposed to the intended extermination of national populations, reflects Lemkin’s original definition of genocide outlined in his book “Axis Rule in Occupied Europe,” published in late 1944. It is much broader than the U.N. definition, taking the expansive view of “destruction” and “nation” at the time. Nations had “souls,” meaning they could be destroyed by assimilation policies, like banning the use of language. After the Nazi invasion of Czechoslovakia and Poland in the late 1930s, their governments-in-exile issued reports on the German occupation detailing the policies they said were destroying their nations. Ranging from changes in citizenship to mass murder, such policies were part of “one long chain of physical and moral violence directed towards the destruction of the Polish nation,” as a Polish report put it in 1940. Nationality was under attack.

Lemkin adopted this logic, arguing that the Hague Convention of 1907—the international treaty governing occupation of conquered territory and populations—should criminalize “every action infringing upon the life, liberty, health, corporal integrity, economic existence, and the honor of the inhabitants when committed because they belong to a national, religious, or racial group; and in the second, every policy aiming at the destruction or the aggrandizement of one such group to the prejudice or detriment of another.”

He sometimes wrote that genocide meant the “crippling” of nations. This definition of genocide reflects the lived experience of mixed population of Ukrainians, Poles and Jews living serially under Russian, Polish, German and Soviet rule on the territory of modern Ukraine during the 20th century, enduring multiple phases of genocide and ethnic cleansing. Consciousness of nationality and its fragility was—and remains—intensely experienced. Russia’s campaign against Ukraine is precisely what Lemkin was trying to capture with his new word.

But states did not follow Lemkin’s broad definition in the U.N. genocide convention. Instead, the acts associated with genocide were distributed to other international crimes, like war crimes and crimes against humanity. The latter covers Russian conduct in Ukraine: murder, potentially extermination, forcible transfer/deportation and other inhumane acts. The discriminatory intent based on nationality is captured in the separate crime of persecution (like genocide, requiring a specific intent). The crime of persecution is where we find Lemkin’s broader definition. The International Commission of Inquiry on Darfur in 2005 categorized Sudanese crimes in this way instead of using the genocide concept. From the perspective of the U.N. and the International Criminal Court, these are no lesser crimes than genocide. But international public opinion prioritizes genocide. That is why some people, like White House National Security Adviser Jake Sullivan, are saying that the Russian campaign does not yet “rise to the level of genocide.” This means that conflict-related sexual violence, which has been rampant in the separatist provinces in eastern Ukraine since 2014, is somehow less grave if not perpetrated with the intent to destroy Ukrainians “as such.” This willful blindness to civilian destruction and suffering is one of the “problems of genocide” that I identified in a recent book.

President Biden acknowledged that lawyers will ultimately determine the issue. Whatever calculations behind his genocide accusation—his government’s announcement to provide heavy weapons to Ukraine coincided neatly with the genocide accusation—Russia’s outrageous assault on the Ukrainian nation and its people is plain to see. And yet the UNGC signatories defined genocide narrowly so that lawyers would find it most difficult to determine Russia’s—and their own—mode of warfare as genocidal. And while genocide monopolizes people’s moral imaginations as the “crime of crimes,” military assaults on civilian populations, whether in the Tigray region of Ethiopia, in South Sudan—where two-thirds of the population require humanitarian assistance—or in Yemen, continue without “shocking the conscience of humanity” quite as much as Russia’s war on Ukraine and Ukrainians. It is time to rethink the obsession with linking that reaction solely to genocide, and to reimagine a threshold of shocking criminality that does not require analogies with Nazi Germany and the Holocaust. 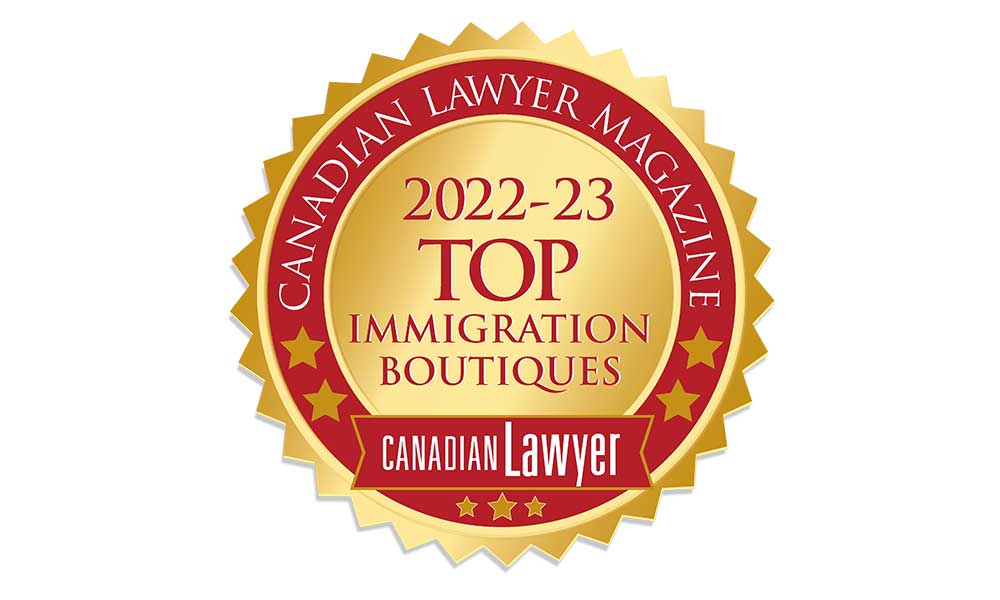