Several US executive branch agencies and the US Congress have
adopted wide-ranging end-of-year sanctions, export control and
supply-chain restrictions targeting the Chinese national security
complex, high-technology entities and firms enabling human rights
abuses in Xinjiang. Collectively, these measures reflect growing
bipartisan concern about US investment in, export to and commercial
support of certain Chinese military and industrial activities that
have been determined to undermine US national security
interests—as well as China’s human rights violations. The
new measures will prompt US and global firms to further examine
legal, political and reputational risks associated with
China-related trade and investment as the United States continues
to enhance restrictions targeting sensitive aspects of the
bilateral economic relationship.1

Since December 10, the Treasury Department’s Office of
Foreign Assets Control (OFAC) has added nine Chinese technology firms to its
list of Non-SDN Chinese Military-Industrial Complex (NS-CMIC)
entities under Executive Order (EO) 13959, as amended by EO
14032.2 (All nine companies had already been on the
Commerce Department’s Entity List, which prevents companies
from exporting products and technology subject to US jurisdiction
to them without a license.) As a result of the designations, US
persons may no longer purchase or sell any publicly traded
securities of the listed entities, or any publicly traded
securities derivative of, or designed to provide investment
exposure to, such securities.

The targeted entities are principally Chinese firms that have
allegedly developed  or contributed to high
technology to assist in the surveillance and suppression of the
Uyghur and other minority populations in Xinjiang, including firms
that have developed artificial intelligence (AI)-based facial
recognition software to identify members of ethnic minority groups
and alert authorities upon positive identification; “big data
systems” for surveillance applications, such as scanning
mobile devices for “criminal” content; and surveillance
drone technology. This includes SenseTime, which was added  to the NS-CMIC list on December 10,
International Human Rights Day. In doing so, the Biden
Administration specifically highlighted the “Serious Human
Rights Abuse” perpetrated by SenseTime. The designation
resulted in a temporary delay of SenseTime’s Hong Kong initial
public offering, which was originally planned for December 17 and
is currently planned for December 30.

In addition, on December 16, the US Public Company Accounting
Oversight Board (PCAOB) issued a report determining that it is unable to
“inspect or investigate completely” PCAOB-registered
public accounting firms headquartered in China and Hong Kong. This
brings the United States one step closer to prohibiting trading in
securities of Mainland Chinese and Hong Kong firms on US exchanges,
pursuant to the 2020 Holding Foreign Companies Accountable Act
(HFCAA). Under the HFCAA and related rules, the trading
prohibitions would begin in 2024 absent any changes in Chinese
companies’ auditing practices—a significant additional
step toward financial decoupling that is on the horizon. The US
Senate has passed legislation that would accelerate the timeline
for trading prohibitions by one year, although the House of
Representatives has not yet passed companion legislation.

The Commerce Department’s Bureau of Industry and Security
(BIS) has also issued a series of new China-related Entity List
designations and export control reforms to restrict exports to
China in the fields of AI, quantum computing, biotechnology and
drones. These actions are consistent with recent US intelligence assessments that have
focused on the national security dimensions of certain critical
technologies, including AI, the bioeconomy, autonomous systems,
quantum computing and semiconductors.

On December 16, BIS amended by final rule the Export
Administration Regulations (EAR) to add 37 Chinese and
third-country entities to the Entity List. The designations focus
principally on the Chinese Academy of Military Medical Sciences and
its research institutes in response to their use of
“biotechnology processes to support Chinese military end uses
and end users,” including the development of
“brain-control weaponry” and Chinese military
modernization. The US intelligence community has identified the technologies of the
“bioeconomy” as creating “national security and
economic vulnerabilities” for the United States. BIS generally
imposes a license requirement for exports, reexports and transfers
(in-country) to entities on the Entity List of all items subject to
the EAR with a presumption of denial.

These Entity List designations followed other significant BIS
actions in recent weeks to augment restrictions on the export of
sensitive technology to China and other countries. On November 24,
BIS issued a final rule adding 27 Chinese and
third-country entities to the Entity List for their role in support
of Chinese “quantum computing efforts that support military
applications, such as counter-stealth and counter-submarine
applications, and the ability to break encryption or develop
unbreakable encryption,” among other activities. Furthermore,
BIS issued a proposed rule on November 6, 2021, to
control certain life sciences technology, as part of an ongoing BIS
process to identify and control emerging technologies.
Specifically, the proposed rule requests public comment on the
inclusion of “software” for the operation of nucleic acid
assemblers as a new category on the Commerce Control List (CCL)
given its possible use in biological weapons programs. If this rule
goes into effect, it could create new export control requirements
affecting the life sciences industry, as well as further expanding
authority of the Committee on Foreign Investment in the United
States (CFIUS) to scrutinize and potentially restrict foreign
acquisitions and investments of businesses developing such
software.

Moreover, the Biden Administration is reportedly considering tightening
existing restrictions on the export of certain semiconductor
technology to the Chinese semiconductor giant Semiconductor
Manufacturing International Corp. (SMIC), which BIS added to the Entity List in 2020 but
under a presumption of denial only for items “uniquely
required” for production of semiconductors at advanced
technology nodes. The amended rules would eliminate the
“uniquely required” caveat and thereby restrict exports
of a larger range of production technology to SMIC.

On December 23, President Biden signed into law the Uyghur Forced Labor Prevention Act, which
strengthens a prohibition against the importation of goods made
with forced labor in China. In particular, the legislation requires
US Customs and Border Protection (CBP) to apply a rebuttable
presumption that “any goods, wares, articles, and merchandise
mined, produced, or manufactured wholly or in part in the Xinjiang
Uyghur Autonomous Region of the People’s Republic of
China” or produced by an entity on a list of entities
operating in the region will be prohibited from entry into the
United States. The presumption may be overcome when CBP determines
that the importer has undertaken due diligence and responded to
inquiries and that “by clear and convincing evidence” the
product was not produced with forced labor.

In addition, Section 855 of the National Defense Authorization Act, which
President Biden signed into law on December 27, creates a new
disclosure requirement for firms performing work in China on US
Defense Department contracts in excess of $5 million. This measure
reflects concern that firms performing work for both the US and
Chinese governments could disclose sensitive US national security
information or work product to China.

The executive and legislative branch actions outlined above
reflect an emerging US policy to reduce US technological,
commercial and financial links to certain sensitive,
high-technology sectors of the Chinese economy, based on both
national security and human rights concerns.

The recent restrictions also indicate that the US government
appears inclined, at least for now, to use list-based sanctions and
export controls to target specific Chinese entities of concern,
rather than technology controls of general application, such as
blanket restrictions on the exports of technologies associated with
AI, semiconductors, quantum computing and biotechnology (although
there are examples of limited measures in this regard, as noted
above). In contrast to restrictions of general application, which
would affect broad categories of technology and could have
uncertain implications for US domestic investment in, and
commercialization of, that technology, list-based sanctions could
potentially have a more predictable effect and fewer unintended
consequences. List-based sanctions are also relatively easy for US
businesses to administer. The US government has to date aimed to
avoid overcontrolling certain technologies so that the United
States continues to facilitate investment in, and commercialization
of, these technologies.

For many companies, the policy measures described above
underscore the continuing challenges of doing business in the
current geopolitical environment—which require not only
compliance with current law but also, in many cases, anticipation
of the likely direction of future changes to US law—as well
as new Chinese laws designed to counter the effect of US
restrictions.

1. Over the past several months, China has also enacted
measures to counter the effectiveness of US sanctions. For example,
as the firm discussed in a previous alert, China’s Anti-Sanctions Law serves
as a blocking statute designed to deter certain parties from
implementing restrictive measures against China, creating
potentially conflicting requirements for those
parties. 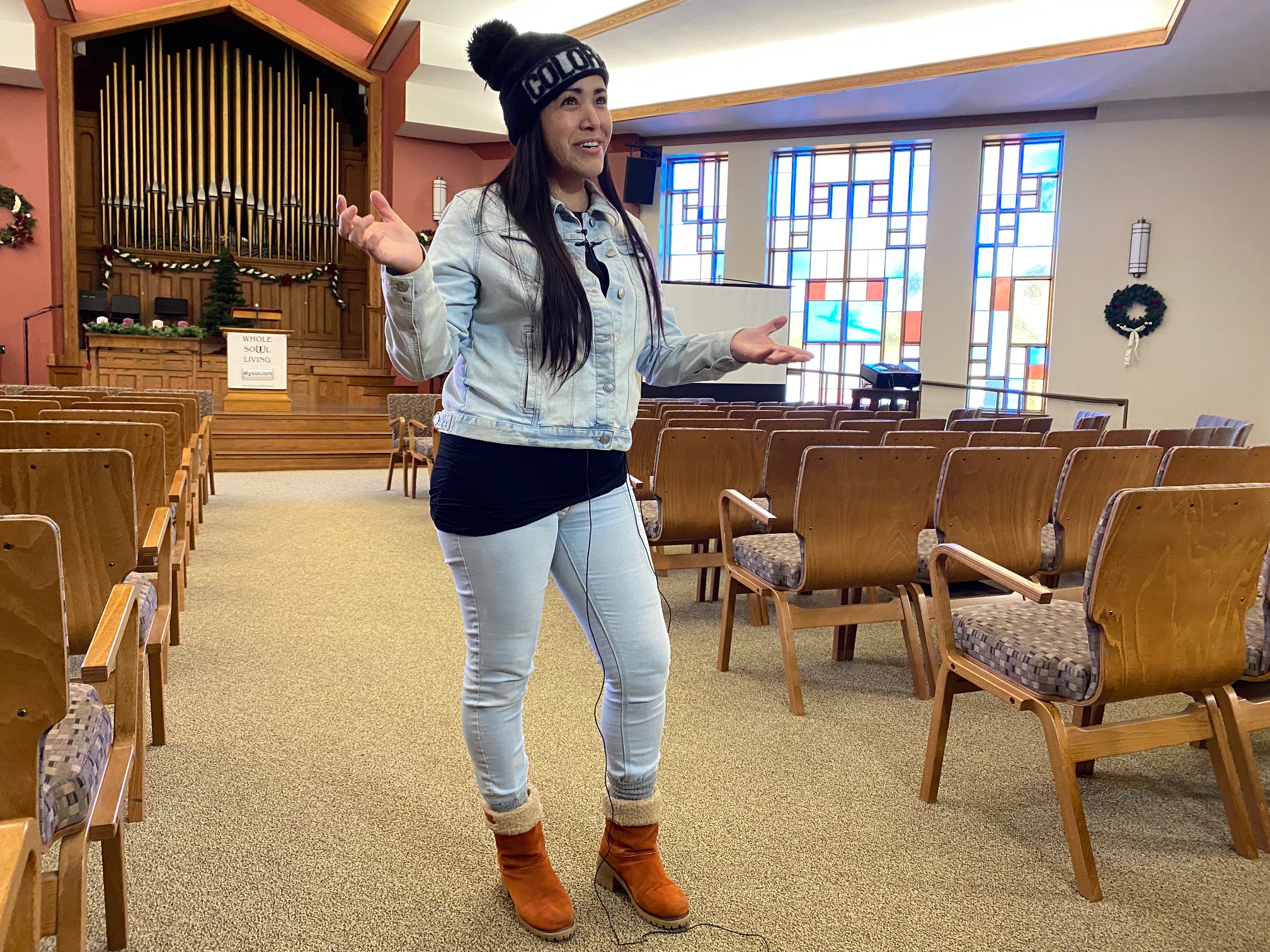