In this week’s update: an interim report from Industry Working Group on electronic execution of documents, the Government announces its proposed “Brexit Freedoms Bill”, time was of the essence in a contract for the supply of goods and a few other items.

The Industry Working Group on electronic signing has published an interim report on the status of electronic execution of documents, including best practice when signing documents electronically and recommendations for future reform.

The Working Group was convened following the Law Commission’s recent report on electronic execution of documents. Its main purpose is to consider how different technologies can be used to promote electronic signing and to issue best practice for using electronic signatures.

At this stage, the Working Group has not addressed international issues relating to electronic signatures. It will deal with this in its final report, which it intends to publish later in 2022.

The interim report covers both legal and technical aspects of electronic signing. We have set out below the key legal aspects of the report.

The report provides the Group’s views on best practice when executing a document electronically. The report addresses only execution under the law of England and Wales (which form a single legal jurisdiction) but notes its hope that other devolved administrations (namely, those in Northern Ireland and Scotland) will also adopt its recommendations.

The Group’s best practice guidelines are aimed at both legal professionals (whether in private practice or in-house) and businesspeople.

What is the Working Group recommending going forward?

The Group has set out several recommendations throughout its report that are designed to embed electronic signing further in business and legal transactions.

The Working Group intends to publish its full report later in 2022. In the meantime, organisations and advisers should review the best practice guidelines in the report when considering embarking on an electronic signing.

The UK Government has announced it intends to bring forward legislation – in the form of what has been dubbed a “Brexit Freedoms Bill” – to make it easier to amend EU legislation that continues to apply in the United Kingdom – so-called “retained EU law”.

What is “retained EU law”?

The UK left the European Union on 31 January 2020, although it continued to be treated for most intents as a member of the EU during a “transition period”. The transition period ended on 31 December 2020, at which point EU law ceased to apply directly in the UK.

However, under the European Union (Withdrawal) Act 2018, all EU law that applied in the UK at the end of the transition period was automatically imported directly into UK domestic law. This was to ensure continuity and to prevent huge gaps in UK law that had previously been filled by EU regulations and case law. This imported law is known as “retained EU law”.

In the context of corporate law, this includes important pieces of legislation such as the Prospectus Regulation, the Market Abuse Regulation and the General Data Protection Regulation (GDPR).

The Withdrawal Act gives the Government power, by regulations, to amend retained EU law to correct any deficiencies in it. However, the Government cannot use this power to extend or reduce the scope of obligations or protections under retained EU law, nor simply to implement policy changes.

The Withdrawal Act also preserves the supremacy of retained EU law over UK domestic law. This can result in courts needing to interpret UK laws made before 31 December 2020 in accordance with EU law and to give preference to EU law if there is a conflict.

What is the Government proposing?

The announcement and policy document state that the Bill would extend the purposes for which the Government can amend retained EU law. They do not provide much detail beyond noting that any new power would be “targeted” and “provide a mechanism to allow retained EU law to be amended in a more sustainable way to deliver the UK’s regulatory, economic and environmental priorities”.

However, the paper does state that the Government would be able to use domestic secondary legislation to amend retained EU law “to ensure that key industries do not wait decades for simplified, agile regulation”. This suggests the Government would be able to make a greater range of changes – including policy changes – to retained EU law without Parliament needing to pass primary legislation.

Ultimately, the paper suggests that this could be used to remove any duplication across retained EU and UK law and to remove completely any retained EU law that is “not right for the UK”.

The Bill would also “end the special status that EU law still enjoys in our legal framework”. Again, the Government has not provided much detail, but the paper states that this would “provide an opportunity to consider creating a bespoke rule that would address cases where retained EU law came into conflict with domestic law”. This might allow courts to rule that UK domestic law overrides any conflicting retained EU law that has not yet been removed from the UK’s statute books.

We will need to see exactly what any new legislation says to understand the precise implications for the UK’s legal landscape moving forward. The new Bill will need to be brought before Parliament and debated in the usual manner before it can become law. We will provide more details in due course when the content of the Bill becomes clear.

Time was of the essence in PPE equipment delivery contract

The High Court has held that the buyer of personal protective equipment (PPE) was entitled to terminate the supply contract when a delivery was made late, because time was of the essence. The decision is a useful reminder of when delivery will amount to a condition of a contract.

Pharmapac (U.K.) Ltd v HBS Healthcare Ltd [2022] EWHC 23 (Comm) concerned a contract under which Pharmapac agreed to buy PPE from HBS for onward supply during the Covid-19 pandemic. HBS had arranged to procure the PPE from production facilities in India.

The contract took the form of an email exchange worded in very informal terms. The relevant terms of the contract read as follows:

“5M masks at £0.30 per mask based on meeting the product specification and quality of the sample received.

1st 500K shipment will be available for inspection and collection on Monday 16th March.

Followed by 9 further weekly shipments. Please can you ensure that we receive shipping documents 2/3 days before goods are due to arrive so we can then raise invoices with our customer?”

The first shipment was delivered on time. However, the following shipments were all delayed when the Government of India imposed restrictions on the export of face masks out of India.

Pharmapac claimed that “time was of the essence” of the contract and so purported to terminate it and withheld payment. HBS argued that the contract did not state that time was not of the essence and that Pharmacare was not, therefore, entitled to walk away from the arrangement.

What does “time is of the essence” mean?

Broadly speaking, it is possible to divide obligations in an English-law contract into three types: conditions, warranties and innominate terms. These differ in the form of remedy a contract party can claim if the other party breaches the obligation.

If one party breaches a warranty, usually all the innocent party can do is claim contractual damages. It may be possible to obtain an injunction to prevent a breach or to bring a stop to any non-compliance, or to obtain “specific performance” to force the delinquent party to perform their obligations. But the innocent party is not entitled to walk away from the contract.

However, if a party breaches a condition, the innocent party is entitled to walk away from the contract (in legal terms, to treat it as “repudiated”) in addition to claiming damages.

Innominate terms (or intermediate terms) are obligations that can act like a warranty or a condition, depending on the severity of the breach. If the breach is of a kind and has an effect that is sufficiently material, the innocent party will be able to walk away from the contract.

Where time is of the essence of a particular obligation (as can be the case with an obligation to supply goods or services or serve a notice), the obligation will be treated as a condition. If a party fails to fulfil the obligation promptly or by the time stipulated, the innocent party will be able to terminate the contract.

The court said that time was of the essence in this case.

Although the contract did not explicitly state that time was of the essence. However, the judge said that several background matters indicated that the parties had intended it to be read that way:

Separately, the judge noted that the word “weekly” was vague and didn’t set an explicit regular time for delivering the PPE. Given that the contact could easily have set specific delivery dates but had not done so, the natural interpretation was that HBS was entitled to deliver the further shipments at any point in each successive week.

What does this mean for me?

The decision shows the need to draft commercial contracts carefully and (in particular) to set out any stipulations as to timing (be it for deliveries or otherwise) in detail.

The informal email contract in this case was clearly a product of the circumstances and, perhaps, the parties’ desire to act quickly. However, where at all possible, it is always preferable to set contractual arrangements out formally and in a sensible level of detail.

It is worth asking oneself certain questions when drafting a contractual obligation. 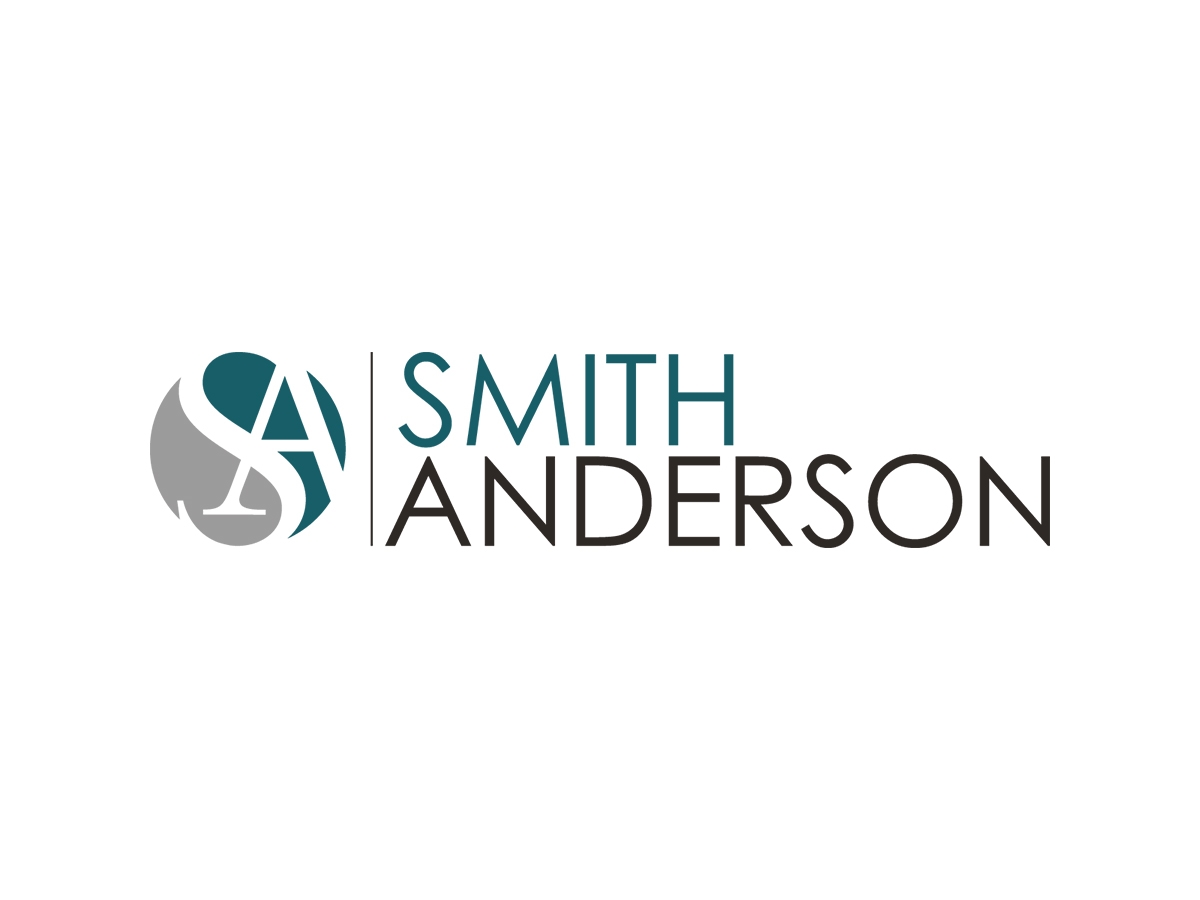