Myanmar’s army regime is being accused of breaching the Geneva Convention and Intercontinental Humanitarian Law by repeatedly making use of its air drive to assault civilian targets throughout the country.

By Dec. 22, the junta employed its air drive, such as helicopters and fighter jets, to indiscriminately attack civilians, People’s Protection Forces (PDFs) and ethnic armed groups in almost 20 townships in Sagaing, Magwe and Tanintharyi areas and Kachin, Chin, Shan and Kayah states, in accordance to U Aung Myo Min, the human legal rights minister in the shadow Nationwide Unity Govt and other sources.

During the junta airstrikes, civilians and resistance fighters were killed and several thousand civilians fled residences. Countless numbers of civilian residences have been burned down in routine raids.

U Aung Myo Min posted on Facebook on Wednesday that the routine is murdering from the skies.

“Airstrikes on civilian targets is prohibited less than equally domestic and global regulation. It is breaching international humanitarian law,” stated the civilian minister.

Airstrikes on civilians are also prohibited under the 1977 Geneva Conference, which the then junta ratified in 1992.

Aerial bombardment to terrorize civilian populations, ruin or damage non-public house or injure non-combatants is prohibited by the 1923 Hague Guidelines of Air Warfare.

Regime airstrikes have targeted civilians in villages in Magwe and Sagaing areas in current times.

The junta media’s only described a floor assault on the village. The report explained: “The stability forces raided the village in reaction to a tipoff by villagers that the KIA [Kachin Independence Army], extremist users of the NLD [National League for Democracy] and so-identified as PDF terrorists were assembly in the village to approach terror attacks.”

It claimed 6 persons were being killed, arms and ammunition were seized and PDF troops torched homes.

Very last Friday, two helicopters attacked Hnan Khar village in Gangaw Township, Magwe Location, with machine guns, while around 100 junta troops were being airlifted in to raid the village in five transit helicopters, according to inhabitants.

Seven civilians and two PDF fighters have been confirmed lifeless and about 3,500 villagers fled households while a number of hundred remained trapped in the village, a resident mentioned.

Two of the Hnan Khar villagers have been shot in the head just after getting detained and tied up by routine soldiers. The two ended up seized when doing the job in their fields and tending cattle outside the house the village.

A few others ended up also detained.

Because of to airstrikes and shelling by the junta, close to 2,000 civilians from 10 villages fled their houses even though six villagers were being killed by routine forces right after remaining detained.

In late November, the junta applied 5 helicopters to assault civilian targets and deploy reinforcements at Nyaung Hla village in Tabayin.

The helicopters attacked absolutely everyone they could see, a villager explained to The Irrawaddy, killing two civilians and wounding 3 other people. All-around 30,000 citizens from somewhere around 15 villages fled properties. Residences, crops and motorbikes ended up destroyed.

“It is obvious that besides launching airstrikes, the regime forces are deliberately forcing civilians to leave their houses by destroying full villages and their foodstuff,” posted U Aung Myo Min.

“Without staying attacked, they have opened fire on residences and running civilians.”

Myanmar’s junta atrocities keep on, including detaining, torturing and killing civilians, using civilians as human shields, shelling residential regions, looting and burning homes, and functions of sexual violence, specially in Magwe and Sagaing areas and Chin, Shan and Kayah states the place the PDFs are most energetic.

The Unique Advisory Council for Myanmar, a group of notable previous United Nations human rights observers, claimed on Dec. 14 that the junta should be designated as a terrorist business for its excessive functions of criminal violence towards civilians. 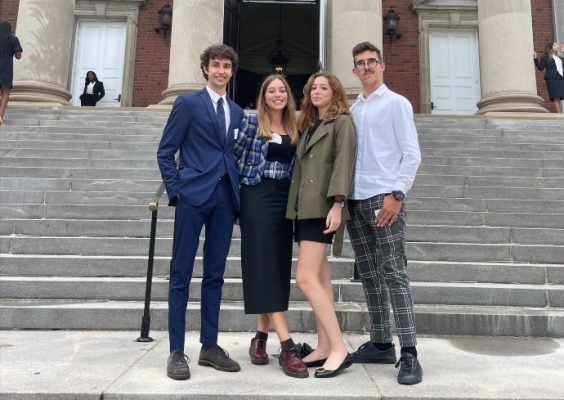